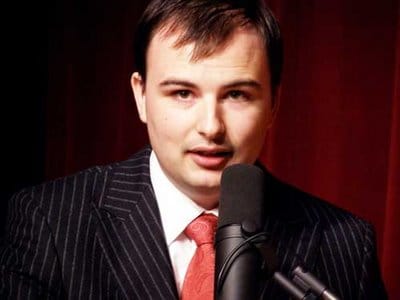 Last month, The Sound of Young America recorded two broadcasts live at the PIT in New York City. This is the first of those programs. 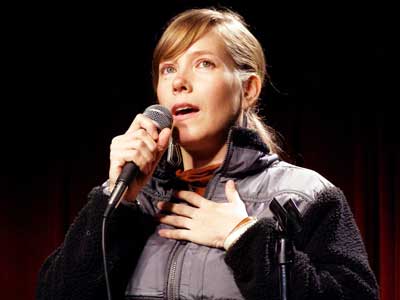 Heather Lawless kicked things off with some of her unique and hilarious standup. She talked about what she does and doesn’t like about herself and others and related issues. How exciting to see someone who’s really doing something new, and is so f’ing great at it. 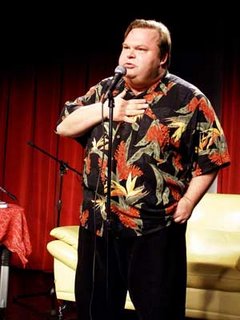 Then Mike Daisey blew everyone away with his sometimes terrifying, sometimes hilarious monologue about what children do in winter when they live in the snow-bound state of Maine. 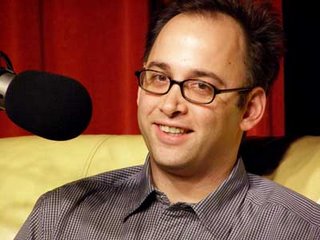 Then I talked with David Wain, who complained bitterly about the lights in his eyes (they were a bit bright). Later, we chatted about making his new movie The Ten, which premiers at Sundance January 19th and features Movie Stars like Jessica Alba and Winona Ryder, as well as Comedy Stars like every single member of The State. 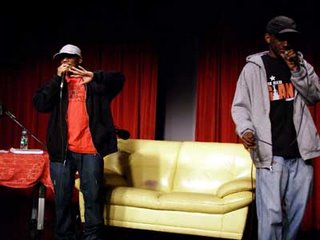 The hip-hop group Tanya Morgan (Donwill, left and Von Pea, right) rocked the public-radio-comedy-nerd crowd to an astonishing extent. Admittedly, though, when they were having people make fists, I was the only one doing it at first.

All photos by Anya Garrett of SketchArtists.net

Special thanks to The Onion for promotional support