This week on The Sound of Young America, we visit with two great Jonathans — Katz and Goldstein. 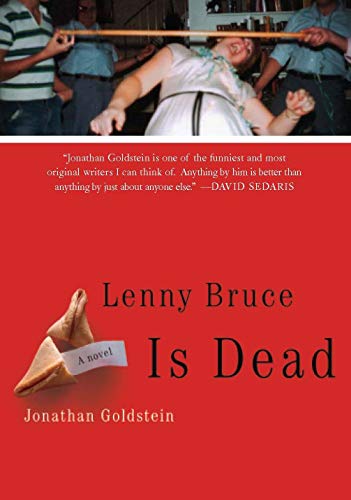 Our first talk is with Jonathan Goldstein. Goldstein is the author of the novel “Lenny Bruce is Dead,”

which is story of a young man, his romances, and the death of his mother. The story is told non-sequentially in brief vignettes, often no more than three or four sentences in length.

Jonathan is also a contributing editor for This American Life, and the producer of the CBC’s Wiretap. The latter is a show composed entirely of telephon conversations — some real, many semi-fictional.

We also talk this week with Jonathan Katz, comedian and creator of “Dr. Katz, Professional Therapist,” which is out on DVD May 9th

. We talk with him about making the show, and interestingly, about his long-standing relationship with David Mamet. We also hear a segment from his semi-fictional radio show, “We’re Back.”

Hey! Buy some stuff! (The show gets a portion of the money)

Previously on The Sound of Young America Blog

“You’re On The Air with Jonathan Katz”

Donate to Support The Sound of Young America