This week’s Sound of Young America looks at the world of movies from a variety of perspectives outside of the inside. 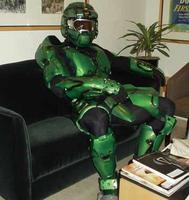 Sean Uyehara is a programmer for the San Francisco International Film Festival, which is currently running here in the City by the Bay. We talk with him about what it’s like to watch 1400 movies a year. Also, he talks about some of the more exciting events at this year’s festival, including a discussion of machinima from the creators of Red Vs. Blue, and a remarkable video mashup experience from Addictive TV. You can also read more of Sean’s thoughts on the festival here.

Sharon Waxman is the Los Angeles Times’ Hollywood reporter, but she wasn’t always in the entertainment news business. She started out as a foreign correspondent, and admits she only came to the Tinseltown game out of “desperation.” Her book, “Rebels in the Backlot” traces the indie film explosion of the mid-90s. It focuses on the work of Quentin Tarantino, PT Anderson, David Fincher, Steven Sodebergh, David O. Russel, and Spike Jonze. It was recently released in paperback.

Philip Lopate‘s new book is the Library of America’s “American Movie Critics: From the Silents Until Now.” The huge tome covers film writing from the silent era until now. We talk with Philip about how criticism has changed over the past hundred years, his favorite critics and why, and the role of film criticism in society.

Also, a message from Your Friend in Hollywood, Jen Kirkman.

Hey! Buy some stuff! (The show gets a portion of the money)

Donate to Support The Sound of Young America