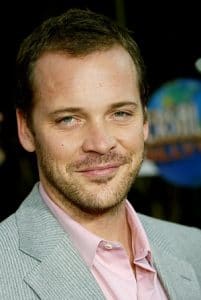 Peter Sarsgaard on his love for soccer and his new film ‘The Sound of Silence’ (Photo by Frederick M. Brown/Getty Images)

We’re joined by Peter Sarsgaard. Peter is an enigmatic actor who has appeared in over 60 different roles in films like An Education, The Magnificent Seven and Green Lantern. He got his start in film back in 1995 when he appeared in Dead Man Walking. From there he has obtained critical acclaim for his roles in films such as Boys Don’t Cry as well as Kinsey. In 2004 he was nominated for a Golden Globe for his performance in Shattered Glass as real-life journalist Charles Lane.

Peter’s new film is called The Sound of Silence. In it, Peter plays Peter Lucian. He stars opposite Rashida Jones. Peter’s a NYC house tuner, meaning he is a sort of scientific guy who goes around studying ambient sound. He lives in New York, one of the loudest, busiest cities in the world. And he’s made a business out of creating harmony by finding ways to match the ambient sounds in everyone’s apartments. Say you’re feeling tired, and down. And the hum of traffic outside your apparent sounds like an A on the piano, why not buy a microwave that cooks in a C Sharp? And a toaster that hums an E?

It’s a beautiful, quiet, kind of strange movie. Peter’s really captivating in it.

Peter talks to Bullseye about his career, his approach to acting and his love of the game of soccer. No kidding around, here. Peter is really into the sport. Plus, Jesse and Peter dig deeper into the film’s study of sound and its impact on human emotion.

Liked Peter Sarsgaard? Listen to these next...