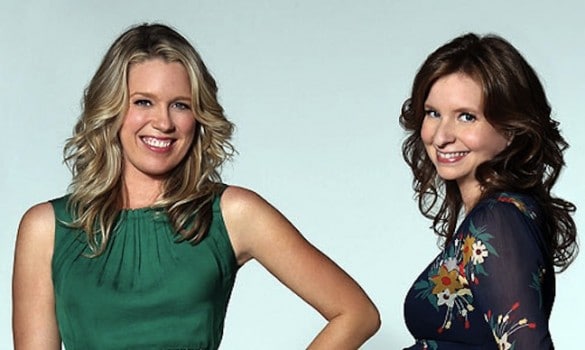 Jessica St. Clair and Lennon Parham play best friends on TV, and if their on-screen chemistry seems real, it is. They met doing improv comedy at the Upright Citizens Brigade Theatre, and have been writing partners ever since. They co-created and star in Playing House, a new comedy about female friendship that’s more reminiscent of Lucy and Ethel than it is Carrie Bradshaw’s gang.

Bonus audio: Parham and St. Clair talk about their beginnings at the UCB. 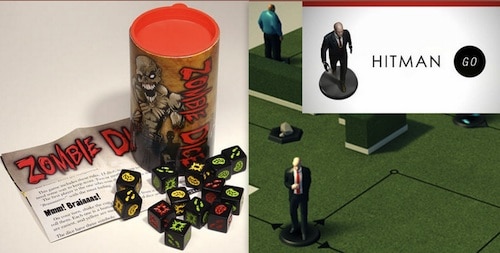 Whether you’re looking to zombie-fy yourself, or get absorbed into the world of a contract killer, Boing Boing’s Mark Frauenfelder’s got just the game for you. He’s the host of the Gweek podcast, and he drops by to suggest a couple of his favorite new games. He recommends checking out the multi-player Zombie Dice to collect brains and avoid shotgun blasts to the head. If you prefer a game you can play solo, he suggests the strategy-based (and bloodless) game for iOS, Hitman Go. 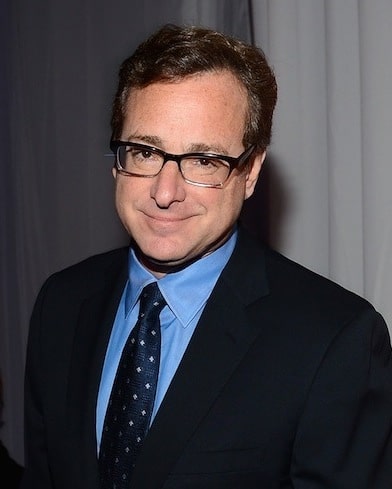 When Bob Saget was in his twenties, he had a lot of plates spinning. He tried film school (and dropped out after just a few days). He performed stand up. He warmed up sitcom audiences. He appeared in a Richard Pryor movie. He even worked for a few months as a morning talk show host, before he was told he was “too hot for TV.”

But the part that changed everything wasn’t controversial, or crazy. It was playing the straight man, on a sitcom aimed at families.

And despite the schmaltzy moments and broad jokes aimed at kids, Saget is proud of his role as widower and family man Danny Tanner on Full House. He’ll tell us why.

Saget’s new memoir is Dirty Daddy: The Chronicles of a Family Man Turned Filthy Comedian. It’s very personal and sweet and also sometimes vulgar, which is pretty much exactly what you might expect. He’s also touring his new stand up show. You can find details on his website. 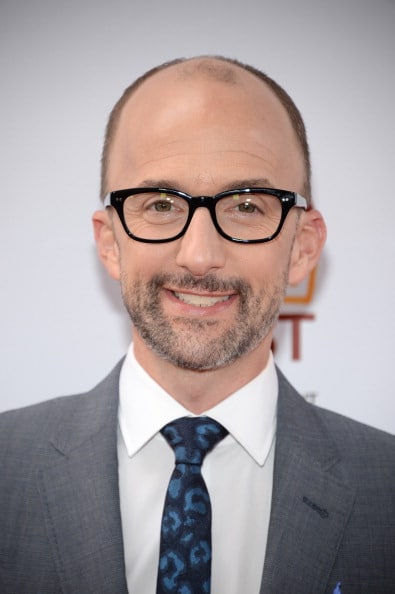 Jim Rash has a lot of irons in the fire. He’s a regular on NBC’s Community and hosts the Sundance Channel series The Writers’ Room. When Rash isn’t on-screen, he’s writing and directing. With his writing partner Nat Faxon, he wrote the Oscar-winning screenplay for The Descendants. The pair also wrote and directed last year’s coming-of-age comedy The Way, Way Back, which drew on some of Rash’s childhood experiences.

Rash joins us this week to talk about the awkward-yet-motivational summer talks he had with his dad and stepdad as a teenager, exploring writing techniques with TV showrunners on The Writers’ Room, and writing for Community during Dan Harmon’s absence.

Community airs Thursday nights at 8/7c on NBC.
The Writers’ Room airs Friday nights at 9/8c on on the Sundance Channel. 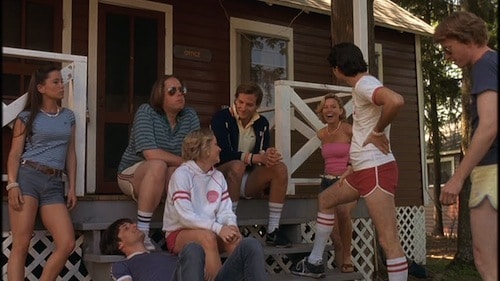 Wanna be pals with Jesse? Here’s the litmus test.