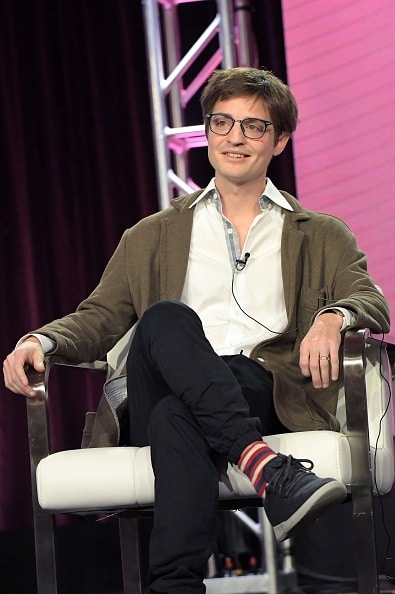 Photo: Charley Gallay/Getty Images for Turner
Humorist Simon Rich joins us to read a selection from his new book of short stories.
Simon Rich is a novelist and screenwriter who has worked on Saturday Night Live before moving on to create and write for the show Man Seeking Woman. His new show just premiered on TBS. It’s called Miracle Workers and stars, among many others, Steve Buscemi as God.

Simon’s also an author and a regular contributor to The New Yorker. He’s written 7 books. Seven! Dude hasn’t even turned 35 yet.

His latest is a book called Hits and Misses. It’s a collection of short stories. Simon was nice enough to come by the Bullseye studios to read a few including one called “Riding Solo: The Oatsy Story” which is about… well…let’s see, here…

You can get Simon’s new book at most major book retailers and you can watch his newest show, Miracle Workers on TBS.