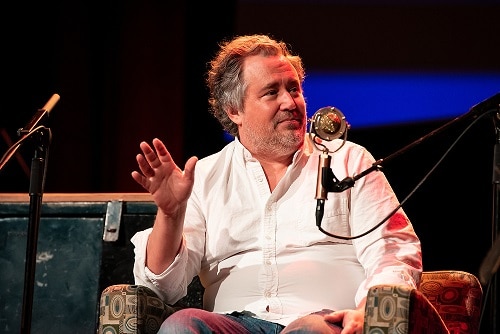 Together with his partner Josh Weinstein, Bill made some stone cold Simpsons classics:

Remember when Malibu Stacey got a new hat? The time The Simpsons went to Australia? Or how about the time baby Maggie shot Mr. Burns?

All those episodes were co-written by our Bill.

In this episode, Bill tells Jesse about what he feels is his crowning achievement on The Simpsons and writing reviews for fast food on Instagram.

You can see Bill’s latest work on the Netflix show Disenchantment. He’s a writer and executive producer for the series.

If you want to see more of Bill’s fast food reviews, find him on Instagram, his handle is @thatbilloakley.