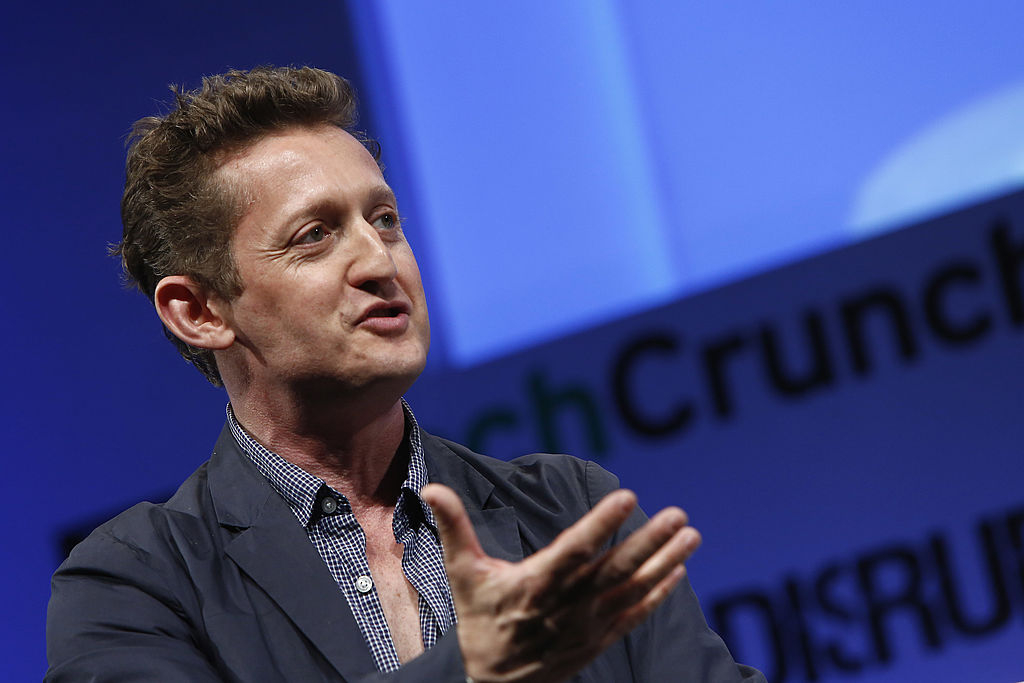 Alex Winter is probably best known for his role as time-traveling teenager, Bill S. Preston Esq. in the iconic Bill & Ted movies from the late 80s and early 90s. These films — co-starring a young actor you may have heard of, Keanu Reeves — are cult classics. Among other excellent adventures, in these films the two teenage slackers from San Dimas travel back in time, meet historical figures, and travel to Hell to battle the Grim Reaper. The films are silly and lighthearted fun, and even spawned a short-lived cartoon series.

But after the success of those films, Alex largely disappeared from the limelight. He took twenty-five years off from working in front of the camera to focus on his family and build a new career behind the camera.

These days Alex is an accomplished director. He’s directed documentaries about the Deep Web, about the music industry, he also did a biography of Frank Zappa. His most recent film is Showbiz Kids. The movie features interviews with some of Hollywood’s most recognizable former child stars. It’s a complex and nuanced piece of work that looks at the human costs of child actors, featuring interviews with former child stars like Mara Wilson, Wil Wheaton, and Evan Rachel Wood. It is a project that was especially personal for Alex, as a former child actor who started working professionally on Broadway at the age of nine.

Alex joins guest host Carrie Poppy to talk about his new movie Bill & Ted Face the Music, his documentary about former child stars, Showbiz Kids, and why he left acting for 25 years. Plus, he’ll reveal what the “S” in Bill S. Preston Esq. stands for. Excellent! All that and more on the next Bullseye!

Bill & Ted Face the Music is available to rent or buy now.

Liked Alex Winter on “Bill & Ted Face the Music” and his new documentary “Showbiz Kids”? Listen to these next...