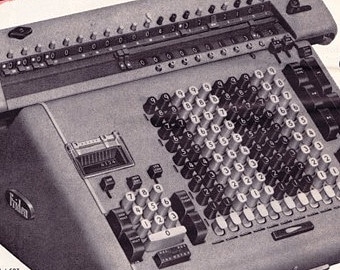 Opportunity cost is a core principle of economics. It essentially means the money you lose by doing one thing instead of another. If you get paid $20 an hour to sort mail, and take an hour off to file your nails, you lost $20. So filing your nails cost you $20. That’s opportunity cost, very broadly.

Like Mad Men, MaximumFun.org produces a bunch of weekly shows, mostly an hour or so in length. (Ours are on average a little longer, actually, but we’ll let that lie.) When you watch ad-supported media, there’s opportunity cost – the time you spend with the commercials is time you could have been making money. Or doing something else that you value as much as making money – say playing ball with your kid.

What if you donated to MaxFun an amount that matched what you “spend,” in opportunity cost, on the commercials in Mad Men?

Every episode of Mad Men features about 15 minutes of commercials. There are 4 1/3 weeks in a month, on average. So a little math shows us that you “spend,” in opportunity cost, your hourly salary * 1.08 every month watching Mad Men commercials.

And if you’re salaried, work 9-6 and get two weeks off a year…

That’s EVERY MONTH on ONE SHOW. And don’t forget – you pay for cable so you can have the privilege of watching their ads. (And there’s ads built into the show! Conrad Hilton! That whole storyline! Bought and paid for! Seriously!)

So what if you gave that to support our shows every month? Or even half? If you did, it would go straight to the people whose work you love. Not execs or ad guys or shareholders or whatever.

I don’t think you shouldn’t watch Mad Men. I love Mad Men. I just think this is a great chance to think about how you’re paying for your entertainment. I think it’s worth valuing your time and attention, and valuing the content you care about.

(And yes, pedants, we sometimes have a couple brief ads in our show. Why don’t we call that and the advertisement-storylines a wash :)?