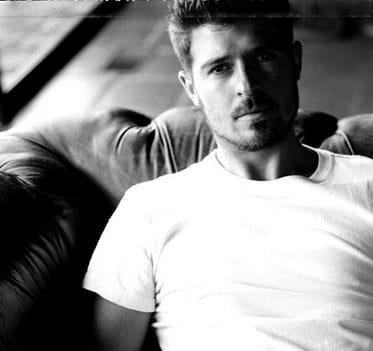 kelefa sanneh breaks down the Thicke phenomenon in his great review in today’s New York Times:

In 2003 Mr. Thicke — calling himself simply Thicke — released “A Beautiful World” (Interscope), a breakout album that wasn’t, quite. When he resurfaced last year with “The Evolution of Robin Thicke” (Star Trak/Interscope), it seemed possible that Mr. Thicke would remain a secret, beloved by a few R&B fanatics (“Have you heard ‘Shooter,’ his sublime collaboration with Lil Wayne?”) and ignored by their skeptical friends (“Slow jams from the son of the guy from ‘Growing Pains’? No thanks”).

Now, he’s #1 on the urban charts (something that Eminem and JT have never done) with “Lost Without U,” which deserves the distinction.

Listen: if you like R&B or soul music at all, you owe it to yourself to cop Robin Thicke’s first album, which can be found in cut-out bins across this great country. It sounds like Stevie Wonder and the Jackson Five, with a little dash of the Beatles and a modest helping of contemporary R&B. It’s not as good as those things, but it’s really great. Maybe my favorite R&B record of the 21st century.

And if you like slow jams, the new record is for you.

Here’s one of my favorite tracks off the first record, which for some reason I always hear when I’m shopping at the Nordstrom Rack.