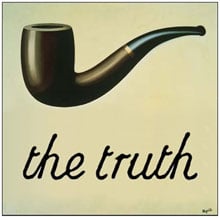 “I thought there would be a revival of fiction and theater on the radio,” says science-fiction author Terry Bisson, “and I’ve been very disappointed that it hasn’t, kind of, worked out that way.” You and me both, brother. I say this as someone who, in childhood, obsessively collected bootleg tapes of old-time radio shows like Amos & Andy and X Minus One and had the newer, more internationalist productions of the ZBS Foundation playing on infinite loop. I dreamed of re-introducing “movies for your mind,” in the words of one radio-drama survivor whose tapings I attended as a kid, to the dead airwaves of my benighted time. Bisson made his lament to producer Jonathan Mitchell on an episode of Mitchell’s podcast The Truth [RSS] [iTunes] which adapts Bisson’s story “They’re Made Out of Meat” [MP3]. I bet Mitchell went through similar youthful befuddlement, wondering what made all those cool old shows go away and hoping — knowing, in some quasi-messianic sense — that they would return. It hasn’t, kind of, worked out that way.

What to blame? Maybe the increasingly utilitarian slant of modern American radio, which either feeds listeners’ anxiety over not having the latest news and information or numbs them completely with three-minute shots of anesthetic familiarity. But I get the sense that, deep in the minds of even dedicated tuners-in, radio just isn’t for fiction. They may express great admiration for the idea of new radio drama, and they may even bemoan the past 50 years’ lack of it, but they’ll keep turning the dial if they suspect what they’re hearing isn’t true. I doubt they do it for strictly gray-flannel-suit reasons; they probably just fear that they can’t keep up with a fictional narrative on the radio, or that they’ve already missed some plot point critical to understanding what happens next, or that they’ll get where they’re going before the big twist ending when everything falls into place. Or they just assume the story won’t give them much to talk about at the water cooler.

Today’s radio fictions often try to pull listeners in with intricate production, artful editing, and heavy (to use a program-director term) sound-richness. But this tends to simply fill listeners with guilt about not paying attention: “Man, somebody worked hard on this piece. What a shame.” This American Life has built one of public radio’s most startlingly successful brands by refining their particular sensibility with intricate production, artful editing, and heavy sound-richness, but then, they run a Journalistic Enterprise of Facts — unless, of course, they wedge a bit of fiction into the week’s theme. (Or unless someone pulls a Daisey.) Some listeners feel faintly ripped off when Ira Glass announces a short story, skit, or dramatic monologue coming up, but a few minutes in, don’t they get caught up in it just the same?

They certainly seemed to when This American Life aired The Truth’s “Tape Delay” [MP3]. The piece, a tale of a lonely man who edits and re-edits a phone conversation recorded with a failed blind date, showcases a sonic awareness that separates Mitchell and co. from other radio fictionalists. At its strongest, The Truth takes sound not just as its tool, and not just as its medium, but as its subject. The New York story “Interruptible” [MP3] juxtaposes the snappy, authoritative media presence of an FM relationship-advice guru with her real, boozy, yet no less sensible physical presence. The other New York story “Everybody SCREAM!!!” [MP3] — actually, they’re almost all New York stories, and they satirize just the kind of neuroses that make me live in Los Angeles — pits twitchily human thoughts in a struggle with the driving thump and chintzily amplified barking of a “spin” class. Bisson’s all-dialogue “They’re Made Out of Meat” becomes what sounds like a two-way transmission between alien intelligences evolved to the point of disembodiment.

If you have ears to hear, you will respect The Truth, and not just because its mission seems so Quixotic. It aims for the world of listeners we’d like to be: attentive, empathic, adventurous, unfailingly engaged, aesthetically discerning, and appreciative of the technical points of soundcraft. You’ll come away from most of its episodes feeling seriously impressed by their inspiration, their construction, and their humanity. But whenever you go to play another, that little voice inside will always object: “What, you’re going to listen to something made up? Are you sure you’ve already listened to every real podcast you have?” Jonathan Mitchell must understand this. His program’s very title must reference this. But if any show can finally fire up that revival of fiction and theater on the radio, The Truth can. I admit that I ultimately tend to put my money on people who don’t need human nature to change — but I myself am probably not one of those people.