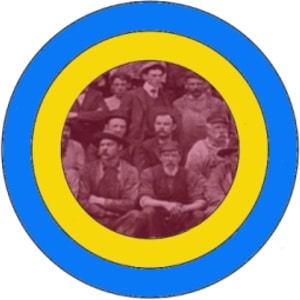 Almost every episode of The Memory Palace [RSS] [iTunes] will send you to straight to Wikipedia, not because they drop pallets full of unexplained references but because they cover subjects you kind of already know about, topics you feel so sure you’ve heard, read, or seen something about before. Hey, a young man raised to be a genius who wound up obsessed with streetcar systems [MP3] — haven’t I seen an article about him? Wait, an elderly woman P.T. Barnum hired to act like she’d been young George Washington’s nanny before planted newspaper stories suspecting her of being a robot [MP3] — didn’t I read a comic book about that?

This podcast, you see, covers people, places, things, and events of great importance to the burgeoning field of Old Timey Americana Studies. One actual description calls it a show of “short, surprising stories of the past, sometimes heartbreaking, sometimes hysterical, always super-great,” but I prefer mine. Listen to The Memory Palace for an hour or two and you get stories about Waldorf-Astoria Halley’s Comet viewing parties, Ben Franklin, Navy-officer impostors, elephant shows, Egdar Allen Poe as a tool of voter fraud, heists, the Chicago World’s Fair, spiritualist hucksters, the CIA spy cats, James K. Polk, and even the Sony Walkman. I haven’t gone all the way back in the archive, but I feel reasonably safe insisting that it has an episode about flagpole sitting.

What is it about Old Timey Americana, anyway? All the best non-Walkman-related stories in United States history seem to have happened between about 1870 and 1935. As Jordan and Jesse speculated on one JJGO!, that era saw the explosion of an unprecedented science-’n-progress fervor, but also a willingness to believe just about anything, no matter how fantastical — a time, in other words, of a lot of mechanical Turks and rejuvenation serums (“sera”?). Radio documentarian Nate DiMeo must understand this, since he’s staked out the territory so aggressively on The Memory Palace. But he doesn’t produce aggressively, or at least not with an aggressive sound. He’s turned out one of the most subdued-feeling shows I can remember listening to — and I mean that in a good way.

I’ll call his format, one more aesthetically of the public radio realm than the podcast realm, “stories with music”: DiMeo tells a story of Old Timey Americana, then cuts it together with atmospheric music. He connects his stories and his music more distantly, abstractly, or maybe “metaphorically” than you’d hear on a show like, say, This American Life, and I like that he does it that way; it keeps the music from hitting too emotionally on the nose, and it must help him resist the temptation to use recorded sounds and in too “documentary” a fashion. Besides, the classic Public Radio Ambient Barrio Noises have little relevance to his project; and I don’t know whose library, if anyone’s, holds the classic Public Radio Ambient Columbian Exposition Noises.

But if we’re making This American Life comparisons, I should point out the relevant one: cadence. DiMeo does indeed speak like a TAL correspondent. I don’t know if the style has a name, but it involves talking as if sentences often don’t end with periods. But he doesn’t leave off periods in exactly the same way. So, while Ira Glass says,

This is The Memory Palace. I’m nate DiMeo

If, like me, you get a kick out of this kind of public radio craft minutia, do read DiMeo’s article on making The Memory Palace at Transom.org. Among other astounding revelations such as the reason why so many public radio programs are so skittish, choppy, and/or nonexistent, he admits that, despite working crazy hard and achieving what counts as wild success in the podcast world, he’s only earned a few hundred dollars from at this (by rattling the cup and shilling for Audible and such). I am going to walk into the sea now.