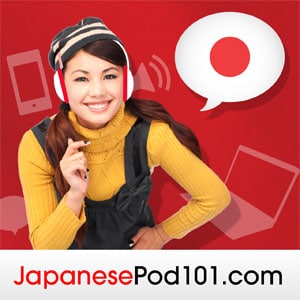 An interviewer recently asked me what forms of podcast I’ve found make for the most brain-jazzing listening. In the middle of my spiel about how tired I’ve grown of hearing pairs of twentysomething white guys bullshitting about pop culture, I suddenly realized that, sure, I listen to a few choice comedy and culture podcasts each week, but I listen to at least three language-learning podcasts each day. If I’m going to Podthink honestly, I have to reveal these preferences.

All podcasts exist in a lawless, Wild West-y landscape: unable to tell the good from the bad from the ugly at a distance, you’ve got to spend hours and hours getting to know them individually. For podcasts built around cores of Labyrinth jokes, hey, fine, whatever. If they suck — and they usually do — move on. But you theoretically trust language podcasts to accurately and effectively teach you how to communicate with real human beings who live in other places. If their creators slack off, your embarrass yourself — in front of wise foreigners!

I thus urge you not to try learning languages from the ground up by podcasts. You’ll navigate this world infinitely better with bit of grounding, no matter how meager, in the language you want to learn. Common sense says a legitimate academic course or just talking to foreign friend work best for this, but if you don’t like leaving the house, a diversified portfolio of language-learning YouTube videos and sketchily-HTML’ed language-learning sites await you. So if you want to learn, say, Japanese, find a way to get a grasp on the mechanics of the language, even a loose one — then fire up JapanesePod101 [RSS] [iTunes].

Spanish has so many speakers and students across the world that high-quality internet ways to learn it grow like mushrooms. (I previously Podthought about Coffee Break Spanish, though I personally listen to the higher-level Show Time Spanish.) Korean has few enough speakers and students that, when the internet does offer a way to learn it, it turns out pretty solid. Japanese, though; we’re talking thousands upon thousands of aspiring speakers all over the place, yes, but so have made themselves undiscriminating, their minds addled by glue inhaled from Gundam models, their bodies in shambles from weeks on end spent hunched before erotic Naruto fan fiction.

At first sight, JapanesePod101 looks confusing enough that I’d wondered if it would repay the trouble. It seems to have duplicate pages in the iTunes directory, some updated and some not, and the episodes come in a wonky order: after a linear series of “Introduction” shows comes “Beginner Lesson #38”, then “Beginner Lesson #41”, and shortly thereafter comes “Lower Intermediate Lesson #18”, after which you soon find “Intermediate Lesson #75”. When you actually listen, they all sound different. Um, zuh?

Your mileage may vary, but I’ve adopted the strategy of listening to all the episodes in whatever order they arrive: if I listen to an intricate conversational episode way over my head followed by a “Newbie Lesson” telling me how to introduce myself followed by a lesson about mildly complex expressions pitched right at my level, so be it. I’ve realized that JapanesePod101 and podcasts like it serve one purpose above all: to provide an opportunity to hear and attempt to understand a foreign language every day — or just about. No matter what else you do to study and practice, hearing it on the regular is the sine qua non. (From what I hear, you can get more material from this show by some “freemium” means, but I’ve never looked into it.)

Plus, I’ve come to love the anti-dramatics of language-learning programs. Like most of these shows, JapanesePod101 delivers lessons by way of skits and conversations about those skits between affable native Japanese speakers and a range of affable English-speaking hosts including a girl from Australia and an American fellow with an accent of undiscernible origin. Goofier than most, this program comes up with sketches to do with, among other things, animal noises, three-seated bicycles, and boisterious grandpas. And you need to fill your actual-Japanese-hearing experience out beyond that, hey, there’s always Yan-san.