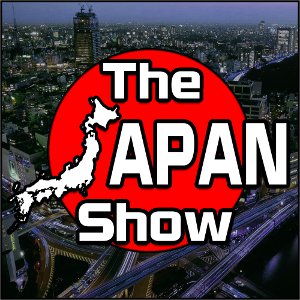 They call it “Seidensticker Syndrome”, in a tribute of sorts to famed translator and Japanologist Edward Seidensticker. Seidensticker, to put it far too uncomplicatedly, had a love-hate relationship with the country and the people who made the subject of his career. Ian Buruma described it with more nuance, in The Missionary and the Libertine, as “the love that can turn to hate and then back to love again at enormous speed.” I still see these ever-mounting levels of both attraction and frustration today in the eyes of some Westerners who take up residence in Japan. Those who avoid Seidensticker Syndrome do so by pre-emptively abdicating all desire to fit into Japanese society, relishing instead the clear perspective of the permanent outsider. The late Donald Richie, a friend of Seidensticker’s, stands as the locus classicus of this strategy. Seidensticker to Richie: “You will not allow yourself to be furious with these people. Yet, you know at heart you are.” Richie, in his diary: “He really hated himself, not these people [ … ] he should acknowledge the depths of his self-loathing.”

Despite having no sense of whether the hosts of The Japan Show [RSS] [iTunes] suffer from Seidensticker Syndrome themselves, I should note that they spend most of their time talking about the subject that can most readily induce Seidensticker Syndrome: Japanese politics. Westerners who’ve just set foot in the country seem reasonably able to keep a safe psychological distance from their adopted land’s shifty, confusing government, but over the years the irritation evidently mounts to indigestible proportions. On each episode of The Japan Show John Matthews and Gavin Dixon make a meal of the distinctive behavior of Japanese politicians, an improbable-sounding mixture of the clandestine and the intransigent, the pathologically sly and the incompetent. And when an expat in Japan gets to talking about politics, they usually get to talking about political apathy, which there reaches levels disengagement close to absolute. As a Japan specialist recently asked me, what other country has burnt through six prime ministers in six years without any social disruption whatsoever? What other country could?

Thinking too much about Japanese politics thus strikes me as a recipe for madness, certainly for the voiceless average nihonjin but more so for the utterly powerless gaijin. Yet think about it Matthews and Dixon do, in an attempt to, and I quote their site’s header, “take you on a journey beyond the thin veneer of anime, high-tech, and funky toilets.” I welcome this, as someone with a long-enough standing interest in Japan that I feel desperate to stay as far as possible from the usual axes of the “cool” and the “wacky”. (Those toilets, however, still impress me, and I can take no pride in the West until we finally acquire them ourselves.) I don’t quite know what axis The Japan Show prefers to explore. The bothersome, perhaps? The grimly indicative? Many of its discussions have the subtext, and often the text, that Japan has become a country not only in deep social and financial trouble, but one unwilling to address its causes. Casual Japan-watchers know this — the country hasn’t even tried to hide the length and malaise of its bubble’s aftermath — but listen to enough hours of these guys telling it, and you’ll think Japan careens inexorably toward its own self-destruct button.

Yet I would imagine Matthews and Dixon do love Japan, on some level. They don’t seem to be going anywhere, at least. Like many long-term gaijin, they come off as smart, adventurous dudes indeed. Unlike some smart, adventurous long-term gaijin, they may have a wide variety of complaints, but none have to do with the cushy if piddling occupations that tend to absorb Westerners and hold them back. (Hang around Japan just long enough, and you’ll meet a saddening number of Westerners who could do great things anywhere else in the world, but pass day after day as essentially talking classroom appliances for vast corporate English-language schools.) Matthews, a Japanese-speaking American, has worked his way into an impressive media career hosting television programs and reporting for National Public Radio. Dixon’s professional background I haven’t quite discerned, though I like to think he speaks no Japanese at all and simply gets by on pure Aussie curmudgeonly grit. Despite sharing his people’s globetrotting impulse, Dixon has, I believe, spent longer than Japan than Matthews, to the point of (or maybe because of) marrying into the culture. So if these fellows do love Japan, they don’t love its “leaders,” its whaling industry, its nuclear power industry, its anti-dancing laws, the heat of its summers, or something called “Abenomics.”

I don’t mean to give the impression that each and every episode of The Japan Show rolls out wall-to-wall bitching: Matthews and Dixon also discuss sports, innovations, business deals both promising and unpromising, cycling, and their own lives. (Indeed, here we have one of the vanishingly few two-guys-talking podcasts where you want to hear more about the hosts’ day-to-day.) But I guess sooner or later, Japan’s inflexibility, xenophobia, and presumptions about its own uniqueness just get to you. The fact that these national vices now seem to have reached breaking-point untenability makes Japan, to my mind, a more interesting place to watch now than it has been for years. The Japan Show would make a promising venue to observe this diversify-or-die period of Japanese history — one that now more than ever badly needs its Donald Richies — assuming it gets past the tendencies that keep people from taking podcasts in general seriously. We can deal with podcasters compulsively calling attention to their own segues or lack thereof, I suppose, but I do wish they wouldn’t consider “been busy” sufficient excuse to delay an episode by weeks, or even months. For now, this one exists in the ultimate oxymoronic genre: the occasional news show.