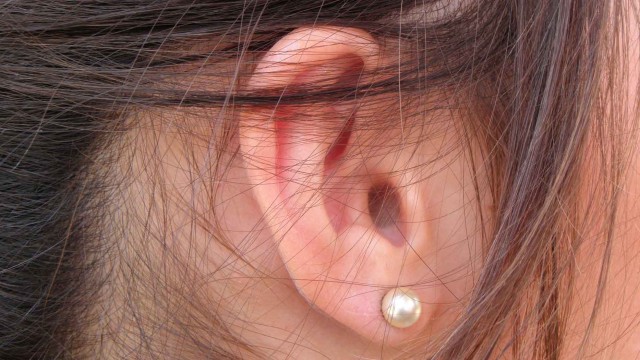 Nearly a decade into the medium’s existence, quitting one’s first podcast and starting a second continues to produce intriguing results. It did for Caleb Bacon, whose The Gentlemen’s Club gave way to Man School. I like to think it did for yours truly, whose The Marketplace of Ideas gave way Notebook on Cities and Culture. And it seems to have for Edward Champion, a man even earlier into the podcast game, first known for The Bat Segundo Show. When he decided to put an end to that cultural interview program, he didn’t wait long to bounce back with Follow Your Ears, a podcast dealing not with individual guests, but with concepts: guns, cycles, aid, rebels, bullies, unemployment. (I’d have done lawyers, then guns, then money, but only out of personal preference.) Each of these episodes comprises not just an interview, but several different segments around the day’s theme. It reminded me, even when first I heard of it, of certain topical This American Life episodes, which appear whenever that show decides to ask questions about large-scale problems of war, politics, health, finance, what have you.

Despite having always done a solid job with those sorts of topics, This American Life never struck me as fully suited to that territory. (I found myself tuning in least often — or tuning out most often — in the stretch when they might as well have titled the show This American Foreign Policy.) Perhaps Follow Your Ears, seemingly born out of such an investigative nature, might offer a less awkward integration of forum, if you will, and substance. But This American Life operates, as I’ve heard major public radio programs tend to, with a staff and an office and legitimacy and everything. From what I can tell, Champion runs Follow Your Ears pretty much the way he ran Bat Segundo, as a one-man show. A tall order indeed, but you’ve got to respect the willing acceptance of that challenge, especially in podcasting. If I had to name one consistent source of disappointment during this five-and-a-half-year-long-and-almost-over tour of Podthinking duty, I’d point my finger straight at podcasters’ tendency to avoid challenge: to talk to people they already know, to talk about things they already know about, to fall into forms already familiar — to hang their proverbial pictures wherever they happen find the nails.

Champion may put together his shows on his own, but he also commands a variety of his own on-air personalities. (An “intellectual shock jock,” someone once called him.) This technique, judging by the iTunes reviews, became Bat Segundo’s most divisive element, especially when Champion assumed the role of the title lowlife for pre-interview comedy bits. As the host of Follow Your Ears, he does neither particular characters nor overt comedy, but we do hear him make a variety of relatively subtle shifts in persona: the hard-nosed reporter, the AM-radio pitchman, the theatrical storyteller, the wisecracking commentator, the earnest questioner. Time will tell if listeners have trouble digesting this as well; when some people open a can, they want to find exactly one thing inside, and exactly what the label promised. So what does the one on Follow Your Ears’ can promise? Curiosity, I suppose. “We encourage you to follow your ears,” Champion says at the end of each episode. “You never know what little nugget you might pick up. Curiosity is too essential to existence to ignore.” An adman diagnose this slogan as insufficiently catchy, but I certainly can’t argue with it. I always land on curiosity, in fact, as the one quality I can unambiguously call a virtue.

Doing an interview show myself, I tend to conceive of it as a virtue expressed primarily by asking the right questions, and I doubt Champion would disagree. The most interesting of those topical This American Life broadcasts, such as those two on why we’d heard so many high-profile stories on ever-rising medical costs, ask the right questions. But you’ll notice that, most of the time, the right questions don’t produce the “right” answers; that is to say, by their very nature, they seldom accommodate neat, simple, reassuring, or even fully explanatory responses. As I recall, those This American Lifes on health care didn’t leave us with anyone in particular to blame about our insurance situation, just as, for instance, the Follow Your Ears on guns doesn’t pin the fact that people get killed with them on any one party. Oh, sure, the National Rifle Association comes in for a hard time — we hear a segment of Champion on the phone, after a lengthy hold period, with one of their hotline workers, the sole representative of the organization he could get ahold of — but I doubt they mind, having, for reasons explained in the podcast, actively assumed the position of political lightning rod. Champion asks how and why the NRA did that, and the question counts, to my mind, as one of the most fruitful. Others almost suggest themselves: given the enormous number of guns already extant and uncontrollable in America, why do we care so much about banning new ones? What counts as an “assault weapon”? And what if we all just fear finding out that gun control, even if completely implemented, may well not put an end to the killings?

Directly or indirectly, the expert interviewees, many of them authors of relevant books on the subject, address these questions. Most episodes of Follow Your Ears pursue their broader lines of inquiry with what feel like shorter-form Bat Segundo-style conversations. Some of them seem built around nearly full-length Bat Segundo-style conversations, as in “Bullies”, roughly half of which consists of a talk with the writer James Lasdun, who recently put out a memoir about his ongoing harrassment at the hands of a schizophrenic-sounding former student. In a similar proportion of “Cycles”, Champion speaks with famed Scottish mystery novelist Ian Rankin about the cyclical nature of his Inspector Rebus stories. That episode, which arrives at Rankin after segments on bicycles and a Finnegans Wake club and continues to segments on time-related data and those former kids who remade Raiders of the Lost Ark suggests an especially promising (and thus especially challenging) way forward: episodes on more, er, purely conceptual concepts, the more seemingly abstract but ultimately concrete the better. Resonance. Obsession. Doppelgängers. Transposition. Androgyny. No podcaster of my acquaintance has yet attempted this, but I know of none better equipped to try.

[Podthinker Colin Marshall, who has seven Podthoughts to go before retirement, also hosts and produces Notebook on Cities and Culture [iTunes] and writes essays on literature, film, cities, Asia, and aesthetics. He’s working on a book about Los Angeles, A Los Angeles Primer. Contact him at colinjmarshall at gmail or follow him on Twitter @colinmarshall.]