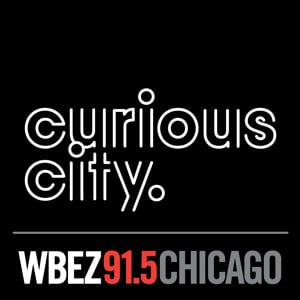 “Not so long ago Chicagoans were convinced that their city would soon be the greatest and most famous on Earth, outranking New York, London, and Paris, the centre of a new world, the boss city of the universe,” writes Jan Morris, our most astute observer of place, in a midcentury essay on the capital of the midwest. But now, “the blindest lover of Chicago would not claim for the place the status of a universal metropolis. Too much of the old grand assertiveness has been lost. Nobody pretends Chicago has overtaken New York; instead there is a provincial acceptance of inferiority, a resignation, coupled with a mild regret for the old days of brag and beef. For one reason or another, the stream of events generally passes Chicago by.” Chicagoans, a people still famously full of pride, may take issue with the passage quoted above, but they should note that Morris goes on to sing the praises of their city’s “magnificent art galleries,” “splendid libraries,” “plethora of universities,” “excellent symphony orchestra,” and so on. Why, just last night, I sat down to pizza with a couple of New York- and Los Angeles-loving urbanist friends just returned from the Windy City, both of whom had many strongly favorable impressions of its robustness, cleanliness, and comforting solidity to share. One of them even declared Chicago’s downtown his very favorite in the world.

Still, they laughed when I told the old joke about the discussion among Chicago’s founders: “Okay, we like New York; we like the crime, and we like the overcrowding. But consarn it, it’s not cold enough!” But our conversation, quite pro-Chicago overall, came at an advantageous time, for I’d spent the past few weeks listening to Curious City [RSS] [iTunes], a newish podcast from well-regarded Chicago-based public radio station WBEZ. Each week, the show hits the street in search of answers to questions about the city’s history, culture, and infrastructure submitted by residents: “Are there tunnels under the Loop?”, “What Do Aldermen Do?”, “How do they clean the Bean?” These questions will no doubt make more sense to you — some sense, anyway — if you’ve lived or spent time in Chicago, but the show, seemingly aiming toward even a non-Chicagoan audience, usually takes pains to explain, in simple, outsider-friendly terms, even the most beloved local landmarks and institutions.

Curious City comes as one of the latest in a long line of contributions to the world of listenable entertainment from WBEZ, the cradle of such nationally high-profile broadcasts as Wait Wait… Don’t Tell Me! and This American Life. Though the latter remains nominally “from WBEZ, Chicago,” Ira Glass and company pulled up stakes and put them down in New York back in 2007, and don’t seem to have looked back. Most of my friends born or schooled in Chicago departed as soon as it made sense to do so, and have since shown far more attachment to the place in word than in deed. The Onion moved from New York to Chicago last year, a choice surely made for financial rather than comedic reasons. Still, the king of satirical newspapers, though in some sense weakened, has shown a sense of humor about it. I think of a line from the article “Pretty Cute Watching Boston Residents Play Daily Game Of ‘Big City’”: “‘I like it when they really get into their roles as residents of an actual city and complain about traffic and subways not coming on time,’ Chicago native James Camden said. [ … ] ‘I mean, we play Big City here in Chicago, too,’ he continued, ‘But we’re nowhere near as good at it as the people in Boston.’”

Just as it rings faintly odd to hear Boston brought up in conversation outside Boston, if you ever do hear it brought up, I can’t quite get over how Curious City talks so much about Chicago. I mean, sure, the show has taken on Chicago as its sole subject, fuels itself with questions about Chicago, and comes out of a radio station based in Chicago, but I do tend to wonder what reason they have to focus on all this beyond the fact that they happen to be there. (I often hear people in cities like New York or Los Angeles asked where they’ve come from and what brings them, whereas I often hear people in cities like Chicago asked what’s kept them.) Does the larger creative zeitgeist, in other words, lay out any more of a mandate to make a show about Chicago than it does to make a show about, say, Indianapolis? Yet I’d certainly also listen to a podcast about Indianapolis, perhaps with even more interest than I listen to this podcast about Chicago. And, as someone in thrall to an almost distracting fascination with all topics urban, I listen to it with great interest indeed. Somehow the more regional and obscure the subject matter, the better: most of my favorite episodes investigate things like Chicago’s terribly off-putting native accent or its bizarre preferences about hot dog condiments.

In my previous Podthought on Follow Your Ears, I named curiosity as “the one quality I can unambiguously call a virtue.” A show like Curious City, regardless of its location or its subject matter, further demonstrates this virtue. I’ve learned a great deal about Chicago since I began listening, though I began from an admittedly small knowledge base, much of it derived from Ferris Bueller’s Day Off and the stories of a Chicagoan friend who, weary of the routine muggings he endured on his commute home, moved to the suburbs of Seattle. In fact, the podcast has imbued me with my own curiosity about Chicago, one that drives me to ask a question from which, so far, it has shied away: how can such a high-profile city have such a low profile? Why, in Morris’ words, have its people, no matter how much of an interest they have about their home, “accepted their station in life, no longer swaggering through the years with the endearing braggadocio of their tradition?” This question may exceed the investigative scope of a ten-minute episode, but still, one wonders. Perhaps I’ll satisfy this curiosity by taking my own podcast to Chicago in the coming years. Not in the winter, though.

[Podthinker Colin Marshall, who has six Podthoughts to go before retirement, also hosts and produces Notebook on Cities and Culture [iTunes] and writes essays on literature, film, cities, Asia, and aesthetics. He’s working on a book about Los Angeles, A Los Angeles Primer. Contact him at colinjmarshall at gmail or follow him on Twitter @colinmarshall.]