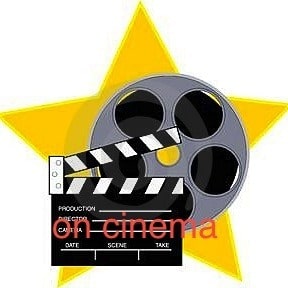 “Hey, welcome back, we’re talking On Cinema. I’m Tim Heidecker, your host. We are talking and celebrating the twentieth anniversary of Ghostbusters. With me is film buff Gregg Turkington. Gregg, thanks for being on the show.”

“Yeah, I mean, it hits all the notes: it hits comedy, it hits sci-fi, it hits adventure… it’s a landmark film. It’s one of the great films of the eighties, in terms of comedies.”

“And a lot of people don’t realize how popular it was, ’cause it was just that popular.”

“You know, I watched it recently and was struck by how funny it is, and also how original it was, because there wasn’t a lot of movies like that at the time.”

“That was the first movie like that, and there was a sequel, but other than that, there’s never been anything like it.”

“Alright, well, any Academy Awards for that? I don’t think it won any, but that’s not…”

“The Academy, you know, sometimes they make the wrong decisions.”

“Right, well, thanks for joining me, and we’ll see you next time.”

And there you have a complete transcription of the first episode of On Cinema [RSS] [iTunes], the new film podcast hosted by Tim and Eric’s Tim Heidecker and perpetual guest and “film buff” Gregg Turkington. From there, these two cinephiles have gone on to hold very similar discussions about movies like The Shining, Star Trek II: The Wrath of Khan, Carlito’s Way, and Run Lola Run. That last one comes live from Oktoberfest.

Anyone expecting in-depth, rigorously researched cinema talk might have certain objections to Heidecker and Turkington’s production sensibilities: their compulsion to bring up the Academy Awards without knowing which movies won them, their inability to determine whether Run Lola Run came out in 1999 or 2004 (it came out in 1998), or Turkington’s insistence that Carlito’s Way “didn’t come out on video” or that Star Trek II is “the one in San Francisco.” Also, none of their conversations has yet run even five minutes long.

So On Cinema sounds like an entertainingly goofy conceptual stunt, sure, but extreme brevity aside, how far does this apple really fall from the tree of “real” film podcasts? Now, I love film podcasts. Some of the most important elements of my listening life have been film podcasts. But, perhaps alongside the almighty Two Twenty/Thirtysomething White Guys/Girls Bullshitting About Culture, the genre produces some of the laziest, least engaging shows imaginable. If Podthinking my way through iTunes “Film and Television” directory in search of the diamonds in the rough has taught me anything, it’s taught me that the world teems with guys who own microphones, have a couple buddies, have seen a few movies, and will tell you what they think of them when they feel like it.

Again, I hesitate to single out film podcasts, some of which have given us so much, but the lesser among them represent a broad area of podcasting where empty opinion meets aggressive trivia-jockeying meets general ignorance. From their repeated use of howlingly empty proclamations like “great” and “classic” to their obscurantism-flavored bickering over obvious nonsense to their unrepentant judgments rendered from at best threadbare knowledge, Heidecker and Turkington nail this area with a satire that borders on savage. Are they shooting fish in a barrel? Maybe, but after all these years of Podthinking, I feel relieved to see a few fish shot.