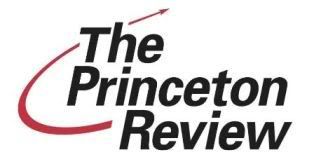 There are few things I love more in life than Star Trek. I won’t deny that food and shelter have their charms but Star Trek lore offers me plenty of what I can’t find anywhere else. One is that thoroughly logical race the Vulcans. No matter what the situation presented in front of Kirk, McCoy and their green-blooded pal Spock you could always count on the Vulcan of the trio to asses every instance with cold hard logic. It’s not something we humans can always do but for those who take the Law School Admissions Test it is a requirement to pass the test. The Princeton Review’s podcast “LSAT Logic in Everyday Life” (iTunes link) explains the philosophy of the exam by examining current events through the lens of pure logic.

This is another “short burst” podcast like last week’s “The Lazy Environmentalist” and ”Grammar Girl’s Quick and Drity Tips for Better Writing” (you do a column enough times you start making up your own terms). The shows run six to eight minutes long. Keep in mind that the pre-recorded into and outro take up about one minute and we’re looking at a show that goes by pretty fast. Host Andrew Brody condenses the arguments and solutions of that week’s show into a tight little production. This keeps the content very clear no matter how complex the issue might be. In fact, it seems drawing out the show and delving into all the complexities and nuances of an issue would obscure the logical strategy Brody employs. I must add that Brody’s impeccable pronunciation of the English language is added a bonus for me. The guy just sounds like someone who is very familiar with the unimpassioned speech of both law and standardized tests (and I do mean that as a compliment).

The podcast doesn’t just serve those preparing for the LSAT. Brody’s decision to make the news the subject of his shows means that listeners get the chance to hear a calm and fair take on the world around us. While the rest of the media seems to be going in a very emotional to the point of shrill direction Brody presents a welcome alternative. A good example is the Sept. 23rd show. It was dedicated to a recent incident where a university student was tasered by police after asking a (frankly, ridiculous) question to Sen. John Kerrey and breaking the university’s discussions rules. Video of the incident hit YouTube and it was so intense that in no time people got into heated discussion. Brody applied LSAT logic, looking at simply the causes and effects, and came down on both sides with no bias or agenda. It was an interesting way to look at the story, one we could use more of.

As Brody says in every show to apply LSAT logic to situations around us we must distance ourselves emotionally. It’s a nice idea but, going back to Star Trek, there will always be a McCoy in us arguing our gut feeling to the straight-ahead Spock. I still find the commitment to logic something to aspire to and I hope more people learn from this podcast. Now I’m just waiting for someone to send Brody a question begging for some unforgiving logic: is there a God?