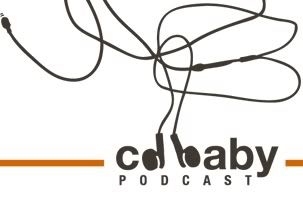 I came to CD Baby’s podcast regarding independent artists (iTunes link) with high hopes. I’m as much interested in the money side of the music business as the artistic side. If there’s anytime to chronicle the shape of the music business this is it becuase the entire game is being overhauled. The Portland, Ore. based show has a lot to deal with but I felt it only does an okay job of covering the current situation.

I give the show a fair rating becuase I have to split the difference between the two types of formats the show works with. Half of the episodes feature long form interviews with musicians. The other half are roundtable discussions with the four hosts (discussions will occasionally follow an interview as well). I loved the interviews. I can take or leave the roundtable.

The interviews I heard were with Portland producer Jeff Stuart Salzman and TSOYA favorite Jonathan Coulton. Conducted by main host Kevin they were revealing discussions that were propelled by a mutual enthusiasm for creating music and the new possibilities musicians have today. I loved hearing Salzman using Black Sabbath as an example of the power of simplicity in recording a song. The Coulton interview gave me a lot to learn about how a modern songwriter can promote him/herself with on-line resources. That enthusiasm felt between host and guest becomes infectious within minutes.

That easy feeling I enjoyed in the interviews was what bothered me about the discussions amongst all the hosts. It feels weird to appraise podcasts based around conversations becuase I feel like I’m critiquing the hosts personally and not just the content they create. The on-air talent for the CD Baby podcast all seem nice but the arguments just didn’t pop. There wasn’t much conflict in the debates to keep me entertained. Jim DeRogatis and Greg Kot of Sound Opinion can sound like they’re disagreeing even when they’re not. This show goes in the opposite direction. When actual disagreements arise on CD Baby’s show they never seem to catch fire. I was very curious about what the show would have to say about Radiohead’s on-line release of their seventh album, easily the biggest story in the recording industry. You had some people who said they’d pay for the album and some who wouldn’t but no one really was going at it. It doesn’t help that the hosts aren’t every introduced on the show other than their first name. Who are these people and what are their credentials? I had to go through three links on their website before I found the page that gave me those answers. The constant adding of cheesy sound effects played over the dialogue spoken didn’t endear me to the program, either.

The summaries on iTunes makes it easy to see which episode of this show has an interview and which is just a discussion. If it’s an interview with an artist, whether you know them or not, I say check it out. Skip the roundtable episodes, though.