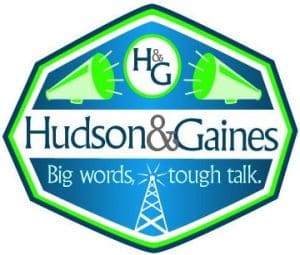 After absorbing punditry, be it on the radio, television or elsewhere, readers possessed of a sensibility like your Podthinker’s come away with only one question: how on Earth could this be entertaining? Plopping down a couple heavy-handed political commentators and having them yammer back and forth about nothing seems to sell, but why and to whom? One could do the necessary research to answer that, but with a form so absurd, it’s more effective to simply mock it. According to Hudson and Gaines [iTunes link], that’s the way to make pundity entertaining.

Fictional podcasts are few and far between, and this one’s conceit is especially amusing: in the tiny northern town of Great Haven, local community college adjunct professor and radio host Craig Gaines is joined by Mike Hudson, a hardware store monopolist who brings his sponsorship dollars to the table as long as he can co-host Gaines’ program, providing what he believes to be the conservative yang to the professor’s liberal yin. They bicker back and forth about the local issue of the day, be it the jocks pranking the nerds [MP3], the proposed construction of a tunnel under the city [MP3] or the results of Great Haven Community College’s interdisciplinary panel on global warming [MP3]. They rarely agree, but when it comes to sniping at their arch-enemy Larry Forbes who more successfully broadcasts out of the hated Troutown, they’re a thousand percent on the same page.

As a moderate centrist, your Podthinker finds all points on the political spectrum strident and risible. Hudson and Gaines shares that perspective. On the right, Hudson is a dim-witted blowhard asserting a suite of contradictory fixed ideas, a knee-jerk militarism and a Philistine disregard for art and culture. He also thinks playing in a marching band is a dead-on indicator of homosexuality. On the left, Gaines is a weenie who adheres to all the feel-good, recumbent-bicycle lifestyle stereotypes in the book, smugly spouting off about the bohemian enclave of Great Haven he calls home, running on mealy-mouthedly and at length about how army recruitment steals our children’s “whimsy” and insisting that “Canadian bacon” be called “back bacon”. In a typical episode, some new issue will look like good news for either Hudson or Gaines — an air show for the former, say, or a mandate for disabled stadium seating for the latter — but by the end of the program, new developments will have broken, tables will have turned and someone’s joy will have been deflated. Each installment is its own little sitcom.

The interplay between Hudson and Gaines provides sustained chuckles, but it’s in the production department that this podcast truly shines. Hudson and Gaines is one of the best-produced podcasts in existence: it superficially sounds like a real small-town AM talk show, yes, but it feels like a real small-town AM talk show as well. Whoever cuts this together apes the painfully dopey commercial radio aesthetic perfectly, from the ridiculously overblown bumper music to the consultant-imposed “weather checks” and “resets” to the jittery, maddening commercials to the maudlin, confusing Ad Council PSAs. How apropos that Jesse recently posted Mark Ramsey’s presentation about how radio’s got to get its act together. Listen to that alongside H&G, if possible; then you’ll really get the message.

[Podthinker Colin Marshall once worked in commercial radio and there developed a proper loathing of the Ad Council. Get him at colinjmarshall at gmail, suggest a podcast for Podthoughts here, or submit your own podcast for the next by-Max-Funsters column here.]