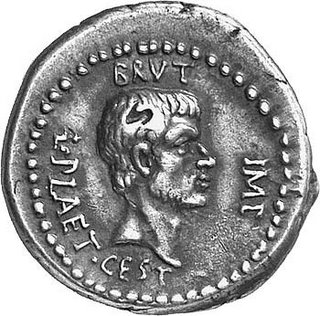 What do you get from The History of Rome? Well, the history of Rome, start to finish, wall-to-wall. To promise anything else would be a lie, though in the podcast’s purity lies its strength. Aside from very, very rare pieces of technical administrivia, host Mike Duncan utters essentially no non-Rome-related words, and he doesn’t deliver the ones that are Rome-related in any sort of theatrical inflection. His voice, in fact, is remarkable only in its unremarkability. This may well be the first podcast to contain only one thing of note: Rome’s history.

But boy oh boy, does it ever contain it. Duncan recites the history of Rome — “recites” seems to be the word, since it sounds like he’s reading a text rather than speaking extemporaneously, so it’s a bit like a long, serial audiobook — in rich detail, including everything even that one “cool” young history lecturer you had in college neglected to mention in favor of those racy asides, ancient double entendres and vomitorium anecdotes he thought would keep the class awake. Refreshingly, Duncan hews away from the Caligula model of history lecturing and simply assumes that Roman history, served straight up, is as fascinating as it is. Allowing the material its proper dignity does wonders for the tone and engagingness (to coin a term) of its conveyance.

One could, potentially, learn the history of Rome from The History of Rome, but to your Podthinker’s mind, taking such a pedestrian approach misses a superior listening opportunity. Better, it seems, to use The History of Rome to inhabit the history of Rome, letting yourself be immersed in the wash of battles, societal experiments and political machinations and Duncan’s impressive erudition about them all. Your Podthinker has already spent many a happy evening enveloped by spoken stories of the Roman Empire’s many vicissitudes, from the three Samnite Wars to Pompey’s conquering of Jerusalem to Antony and Cleopatra’s flight to Alexandria. The experience isn’t so much an informational one — though it’s well equipped to be — but a textual one. It’s a historical podcast, sure, but it’s also a pure, blissful sonic setting, one that delivers as much education as the listener feels like absorbing, and that listener need not face scantron nor blue book when it’s all over. History 117B was never like this.

[Podthinker Colin Marshall would have gotten this to you all sooner if not for lousy Amtrak’s lack of wireless. Bark at him about it colinjmarshall at gmail, discuss Podthoughts on the forum here or submit your own podcast for the next by-Max-Funsters column here.]