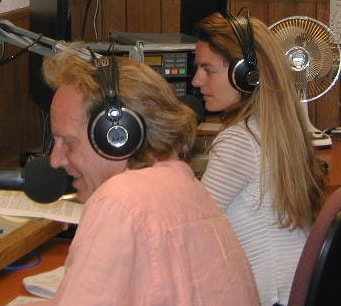 Entitled Opinions contains unadulterated, unusually concentrated intellectual substance. It should be avoided by anyone who does not have a very high tolerance for thinking. If you are allergic to the exchange of ideas, if you are deficient in curiosity, if you suffer from anti-intellectualism, then please, tune out now. This show offers the narcotic of intelligent conversation; it takes us into the garden, and seats us at the banquet of ideas, where we feast on the bread of angels. There’s plenty of room at the table, and everyone is welcome, but be warned: the bread of angels is not your ordinary snack. It may set your head spinning and give you a high.

Thus speaks host Robert Harrison in the opening of one episode of his show, Entitled Opinions (About Life and Literature) [iTunes link], in which he engages Albert Guérard Professor in Literature Hans Ulrich Gumbrecht in an hour-long conversation about Robert Musil’s unfinished early-20th-century Austrian epic The Man Without Qualities [MP3].

An hour-long conversation about The Man Without Qualities. That pretty much says it all, doesn’t it? That says it all about why Entitled Opinions is an excellent show — do let me know when Fresh Air taps a vein that rich — but it also says it all about why I’ve devoted a sizable chunk of my life to all things podcasting: making podcasts, listening to podcasts, writing about podcasts. Podcasting has opened the floodgates for every kind of program imaginable, especially those whose audiences would have been too small or too geographically dispersed to make them viable on nationwide “terrestrial radio”. There are undoubtedly millions of people in the world dying for a smart, intimate, literate, conversational, program just like this one, and only in the mid-2000s can they finally quench their thirst. This is exactly why I never fetishize the past; the past doesn’t have podcasts.

Longtime Podthoughts readers will remember when my esteemed predecessor Ian Brill reviewed BBC Radio 4’s In Our Time with Melvyn Bragg, which is quite possibly my favorite podcast thing of any kind. Entitled Opinions is, in several important ways, the United States’ equivalent of In Our Time: each show presents a conversation — sometimes weighty, sometimes jovial, sometimes playfully argumentative, usually a mixture of the three — about one chapter in the infinite, ever-expanding history of ideas. Where Bragg brings on Oxbridge academics, Harrison, a Stanford professor of Italian literature who broadcasts from the campus-based KZSU, has access to his own university’s finest, though he seems to prefer one-on-one talk to the multi-way intellectual tug-of-war that is Bragg’s specialty. Representative topics include:

And in the show with philosopher Michael Serres, Harrison actually conducts the whole thing in French [MP3], first telling the listener that, even if they don’t understand French, they should stay tuned anyway, because Serres’ French sounds good. Now that’s what I call hardcore. Though humanities professors are not known for their hosting abilities, Harrison does an excellent job, if an eccentric one. In his relaxed professorial voice, which is just perfect for the setting, he begins each episode with a five-to-ten-minute monologue, some of which seem entirely disconnected from the subject at hand. Before his talk with the late Richard Rorty [MP3], he goes on about birds for quite some time, and you start thinking, “I know Rorty’s work, and Rorty’s work has nothing to do with seagulls.” Then he ties it in by mentioning, at the very end, that Rorty is an avid birdwatcher. Ah, yes, I see.

Harrison occasionally indulges in a few other bad humanities academic habits — wringing his hands about globalization, using the word hermeneutic — but to focus on those would be to nitpick, because his show is unfailingly entertaining, engaging and and informative. And he’s a cool guy. To those who don’t believe me, I submit as evidence the fact that he audibly pops open a single-malt scotch to share with his guest during the above-linked conversation about Proust. To those who still don’t believe me, I submit his hair. Can’t argue with that, can you?

Vital stats:
Format: cultural interviews, with occasional monologues
Running since: September 2005
Duration: 45m to 1h
Frequency: weekly, but currently on hiatus until late September (so it’s the perfect time to catch up)

[Freelance Podthinker Colin Marshall sends you thought-provoking e-mails from colinjmarshall at gmail. Discuss Podthoughts here, or submit your podcast for the next by-Max-Funsters column here.]