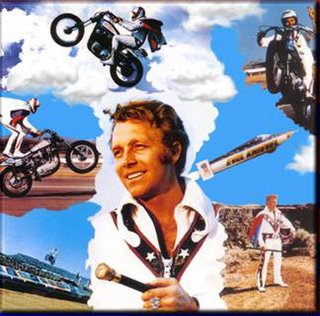 Word came down from America’s commentary class around September 13th, 2001. Irony was dead. In what would come to be called “The Post 9-11 World,” there would be no room for that particularly distasteful form of discourse. It was to be replaced by soft, sweet sincerity. Somewhere, an eagle shed a single tear.

Of course, reports of irony’s death were greatly exaggerated. A few weeks after the tragedy, irony made a heroic, if modest, resurgence. Great exemplars of the form like The Onion and Jon Stewart went back to their grindstones. Hipsters in Williamsburgh, Brooklyn slapped on their Roos and drowned what was left of their trauma in Pabst Blue Ribbon. Within two years, America was watching The Simple Life and basking in contempt.

The great irony of all this is that the pundits and prognosticators who declared irony dead three years ago were absolutely right. Irony is dead. Their account of it’s death, however, was greatly flawed. Irony died not in a fiery explosion, but slowly, quietly, of old age. And it wasn’t replaced by a return of the old guard. This time around, there�s a new cultural paradigm, itching to get in the ballgame.

This radical new ethos has a name. It’s called: The New Sincerity.

Let’s be frank. There’s no way to appreciate Evel Knievel literally. Evel is the kind of man who defies even fiction, because the reality is too over the top. Here is a man in a red-white-and-blue leather jumpsuit, driving some kind of rocket car. A man who achieved fame and fortune jumping over things. Here is a real man who feels at home as Spidey on the cover of a comic book. Simply put, Evel Knievel boggles the mind.

But by the same token, he isn’t to be taken ironically, either. The fact of the matter is that Evel is, in a word, awesome. His jumpsuit looks great. His stunts were amazing. As he once said of his own life: “I’ve had every airplane, every ship, every yacht, every racehorse, every diamond, and probably, with the exception of two or three, every woman I wanted in my lifetime. I’ve lived a better life than any king or prince or president.” And as patently ridiculous as those words are, they’re pretty much true. 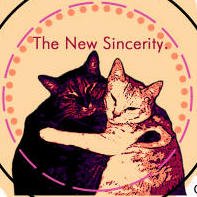 So now, dear reader, you’re in on the Next Big Thing. Something more Hedwig than Rocky Horror; more Princess Bride than Last Unicorn; more Bruce Lee than Chuck Norris. Something new, and beautiful. So join us.

Our greeting: a double thumbs-up. Our credo: “Be More Awesome.” Our lifestyle: “Maximum Fun.” Throw caution to the wind, friend, and live The New Sincerity.