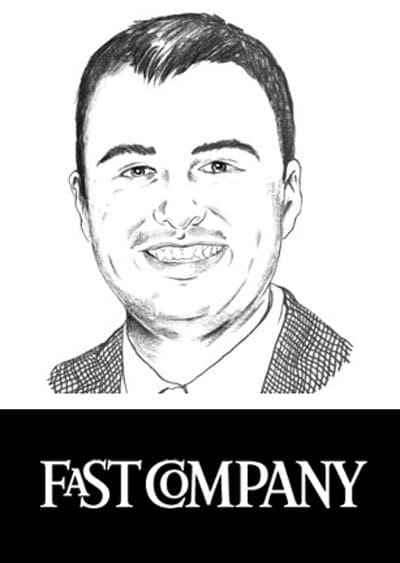 A tip of the cap to the kind people at Fast Company magazine, who have included me on their list of the 100 Most Creative People in Business. I think I disappointed them when I filled out their creativity survey and said that I don’t really think of myself as creative or a businessperson… but they did like that I said when I’m blocked creatively I go to the thrift store. Anyway, I’m proud to be among genuinely great people like Conan O’Brien, Oprah Winfrey and Tina Fey. Oh, and my personal hero, Mr. Ryan Seacrest from Television, USA.

If you want to check out the little piece about me in print, it’s on page 121 of the June issue of Fast Company, which should be hitting newsstands now. Conan’s on the cover (I couldn’t make the photo shoot, so they had to go to their backup plan.)

(Special thanks to Esra Roise, who created the above illustration, and really captured my sparkling eyes and 1 1/2 chins.)