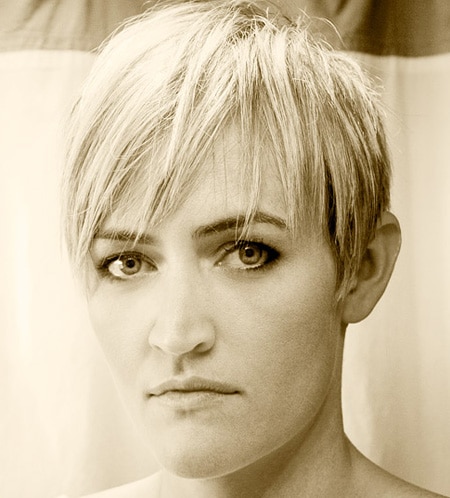 Heather B. Armstrong is the creator of Dooce and is considered a pioneer of the “mommy blog” movement. She is the author of three books, including the most recent It Sucked and Then I Cried. Armstrong has faced more than a few challenges in her past including battling a sever bout of postpartum depression and denouncing Mormonism. The popularity of Dooce over the years has allowed Armstrong to turn a one-time hobby into a full-time career. Armstrong spoke with me about, blogging boundaries, the perks of running her own business, and turning hate into charity.

Chris Bowman: I watched the Today Show interview from last year featuring “Mom Bloggers”. One of the questions addressed the notion that what’s said on the blogs will live on forever. The response was that one needs to be comfortable with whatever it is they’re writing at the time, and to be sure they’ll be comfortable reading in five or ten years. Do you agree with that?

Heather Armstrong: I do. It’s a really layered answer to this question. My critics bring up this question all the time, saying that I’m violating my daughter’s privacy, saying that I’m giving all of her potential enemies this fuel to use against her in the future. First of all I think that privacy and the notion of privacy and information on the Internet is rapidly changing, especially this generation and next generation. And mommy blogging is becoming, much more mainstream than it used to be. A lot of us are writing about our children and the thing is, people have been writing about their children for years and years and have been using their family and children as material for books and comedy routines for many many years and I wonder if they’ve faced the same questions. I mean, their books will live on for eternity, the same as whatever is put online.

To find out more from Heather B. Armstrong click Read More.

CB: My first question when I heard the response was how can you know you’ll be ok with it in the future?

CB: Blogging takes a lot of flack. There are so many personal blogs out there that document the mundane, something you say Dooce does. But you’ve touched a nerve of the years. What was your original plan for your blog?

HA: I originally just thought it was going to be a repository for random thoughts about art and music and movies. I really never intended it to be more than just, “Hey everybody, I saw this movie and it’s good.” nothing more than short snippets about my life. Then as I started writing it I noticed that I started to write more and more about my personal life and that became more enjoyable than just writing about pop culture. And then, of course, I started writing about my job. I never in a million years thought it was going to support my family or that it would be able to get to the point where I would have to hire an assistant in order to keep up with everything that’s going on in terms of press, and my books, and the day-to-day of what goes on in running this business.

CB: It’s been eight and a half years since you started Dooce. You’ve built up an amazing readership. It’s staggering, really. When did you realize that people were really paying attention to what you were saying? Did it scare you?

HA: I don’t think it’s ever really scared me. I noticed when I had a really bad bout of postpartum depression back in 2004. I got a lot of really supportive email. That’s when the email deluge began. I noticed my traffic did a huge, huge spike and stayed pretty much at that spike when I checked myself into a psych ward for PPD. And that’s when I was like, “OK, so this is a little more powerful than just a paragraph on the internet. This is something much bigger than that.” I think the only thing that really scares me is the level of obsessive hatred I’ve attracted. I understand that people can relate to my words and I understand there are going to be people who disagree with me. The level of obsession that they take that to is sometimes frightening.

CB: I am so surprised at what the “haters” choose to complain about. Actually, no, I’m not. Everyone has an opinion, and the internet gives cowards courage to air their grievances. They waste no time in making it personal. Comments range from physical appearance to artistic ability. What do you do to ensure these comments aren’t taken personally?

HA: Well, it’s been a long time. I’ve been dealing with this since day one of writing this. The constant criticism. Sometimes I go through periods where I’m the focus of one or two hate websites and then it’ll sort of drift off and then another hate site will show up and then I’ll go through a month of really bad hate mail. I mean, you have to wonder why people are so upset that way with me because I’m not terribly controversial. I’m basically just one woman writing about her life and you know, “here’s something funny that happened with having a family.” It’s sort of absurd, or it just gets rude and sometimes with the very difficult parts of parenthood you have to laugh about it. I don’t make a habit of attacking people on my website, I don’t make a habit of talking a lot about politics on my website, I don’t make a habit of making fun of people. It’s really not a controversial place to go. And yet, there is a group of women who I’ve discovered who are obsessed with hating me. Whatever project I work on, wherever I go, they follow me and they try to take as big of a crap as they can on it. And I’m not sure why they’re so obsessed with me.

CB: Does the hate ever get to you?

HA: Oh yeah, for sure. I consider myself an artist and a creative type. And I’m a sensitive person. But I think that I’ve learned over the years how to cope with it. There’s a lot of therapy. (Laughs).

CB: I really love what you’ve done with the hate mail. Your friend that suggested making money off of it and calling it Monetizing the Hate. It’s the ultimate F.U.

HA: It really is! And I’m giving the money to charities and I’m giving it to people in my life who are struggling in this economy. I’m throwing that money towards people who need it. Absolutely.

CB: If all of this blogging business were to end tomorrow, what do you imagine you’d do?

HA: There’s a lot of stuff that I’d love to do other than blog. I could always try to get back in to graphic design, which has always been a love of mine. I also have been really interested in interior design. The thing is I don’t see myself closing up shop anytime soon. I really enjoy this. I really enjoy the act of writing and getting the positive feedback that I get. I enjoy spending all this time, as crazy as it sounds, I enjoy spending my day with my husband. And we create this little crazy, what I like to call wackadoo land here in this house with my two crazy dogs, and my assistant and her baby. We’ve got babies everywhere. If I weren’t doing this I don’t know if I’d leave the internet altogether and just go save wild horses or something. Or dogs. Ultimately I think one of my biggest goals is to do some work with rescue animals. That’s something I’ve wanted to do since I was a kid.

CB: Your upbringing in a Mormon home with Avon’s top saleswoman for a mother has, as you’ve detailed on your blog, had its effects on you to say the least. Do you feel that you’ll ever be free of those influences in your life?

HA: No. Just like I don’t think I’ll ever be free of the influences of my southern upbringing. My family is still very Mormon and we get along. We’ve learned to get along with each other. There is a certain way that I think about things, I mean I was born in to the religion, and some of my thought processes are always going to be informed by how I was taught to think about things through religion. And dude, it is just a treasure trove of content.

CB: In a post naming some of the celebrities you had seen/met in L.A. your opinion at the time was that Scott Speedman was the best Canadian import since Strange Brew. Are you really a fan of Strange Brew?

HA: (Laughs). We loved Strange Brew growing up. Even though we were Mormon we would watch that movie once a week. We loved that movie.