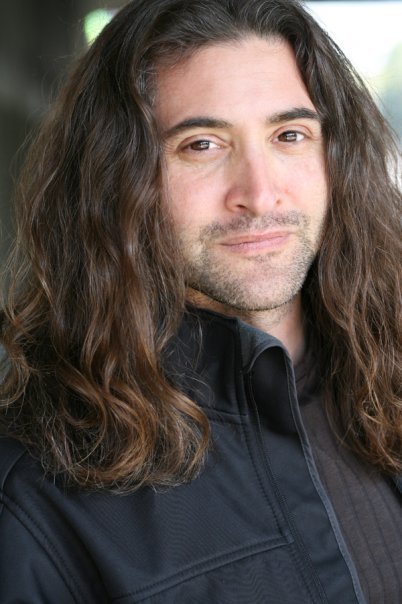 The Vancouver Sun is reporting that our friend and colleague Andrew Koenig’s body was found today in Vancouver’s Stanley Park.

Our thoughts are with his family and friends.

Our friend Andrew Koenig, the video producer for Never Not Funny, hasn’t been seen in nearly a week. Here’s what mutual friend Dave Holmes has to say:

HAS ANYONE SEEN HIM?

Andrew Koenig (AK-47, the video guy on “Never Not Funny,” and “Boner” from “Growing Pains”) has been missing for a week, last seen 2/14 in Vancouver. Didn’t make his flight back to the US on 2/16. The Vancouver Police are involved, and lots of people are looking. Could you reblog this and help get the word out? And say some prayers or think some positive thoughts?

Andrew is a super, super good guy, and we’re thinking of him and his family. If you’re in the Northwest, please keep your eyes out, and no matter where you are, please share this news. Andrew was last seen near Vancouver’s Stanley Park. He is 5’5″ tall, and weights 135 pounds.

Andrew’s father Walter has posted about the disappearance on his own site.

Here’s a message to Never Not Funny listeners from hosts Jimmy Pardo and Matt Belknap. In addition to working with Andrew, Jimmy is married to Andrew’s sister, Danielle.

Contrary to previous reports by Radar Magazine, formerly linked here, there has not been any new electronic evidence of Andrew’s activities since he went missing.

Here is the text of the VPD’s press release (find the latest releases here), as of February 24th:

Andrew Koenig was last seen on February 14th at a friend’s house in the area of Main Street and 25th Avenue. When he didn’t return home to Los Angeles on the 16th, his family and friends became concerned and reported him missing.

Vancouver Police Missing Persons investigators canvassed all the cafes and restaurants in the south Vancouver neighbourhood where he was last seen, showing Andrew’s photo and seeking information. When they learned that Andrew, who once lived in Vancouver in the early 90s, loved walking in Stanley Park, Mounted Police and park rangers were notified.

Constable Tim Fanning says investigators followed up all possible leads before going public with the case, as it’s considered a very private matter.

On February 23rd, 30 members of local Search and Rescue teams scoured the park for over four hours, which consists of 1000 acres and 150 miles of trails. There has been no evidence that Andrew was recently in the park.

Walter Koenig, Andrew’s father, made an emotional plea directly to his son today. “I just want to know you’re okay. If it means you just want to stay here, that’s okay. You don’t have to come back. Just let us know that’s your intention.”

Both parents acknowledged their son’s emotional state, which Walter said has been a lifelong struggle. “It has not prevented him from being a participant in his community and a conscientious activist.”

Andrew’s mother, Judith, also reached out to her son, believing he is probably in a very depressed state. “Andrew, there is help. You have so many gifts to offer this world and so much yet to do in this world. Look how many people love you and care about you.”

The family has been touched by the outpouring of concern for Andrew’s safety and happiness and they are asking people to look out for him and get the word out that he’s missing.

“You are loved, you count and you matter,” says Judith.