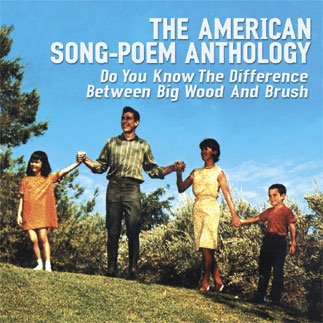 Loyal listeners who recall our Holiday show may remember Song Poems. They’re kind of an amazing phenomenon. Here’s the deal.

Hucksters placed ads in the back of general interest magazines (like Life) saying that major music publishers were looking for lyricists. You could send your sample lyrics to a certain address, and they would be evaluated by trained professionals to see if you had talent. Folks would do this, and of course, anyone who sent something was automatically deemed to “have talent.” The people who placed the ads would write back, saying that if the consumer would pay for the cost of recording, they would have trained musicians write a song to the lyrics, record it, and distribute it to song publishers.

What’s interesting about this scam was that the “record companies” would actually write and record the songs, and in many cases they were shockingly competent. The drug-addled folks behind the music would record dozens of songs a day. The combination of the bizarre amateur lyrics and compelling pop arrangements thereof is solid gold.

Right now, Everything’s Surreal has the anthology pictured above up for download. You can also learn more about Song Poems from this wonderful This American Life story on the topic by the son of the greatest practitioner of the form, Rodd Keith (realaudio), or by checking out The American Song-Poem Archive.