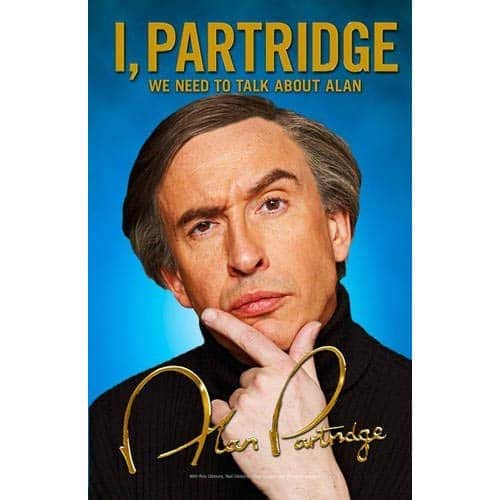 Aha! Fictional character Alan Partridge will soon release an “autobiography” recounting the many sad, funny and ridiculous adventures surrounding his increasingly desperate efforts to find success as a television and radio chat show host. Bearing the suitably immodest title of I, Partridge: We Need to Talk about Alan, the book was actually written by Partridge’s creators, actor Steve Coogan and director Armando Iannucci, and will be released on September 29th.

Here’s a clip of Coogan, in character as Partridge, discussing the book.