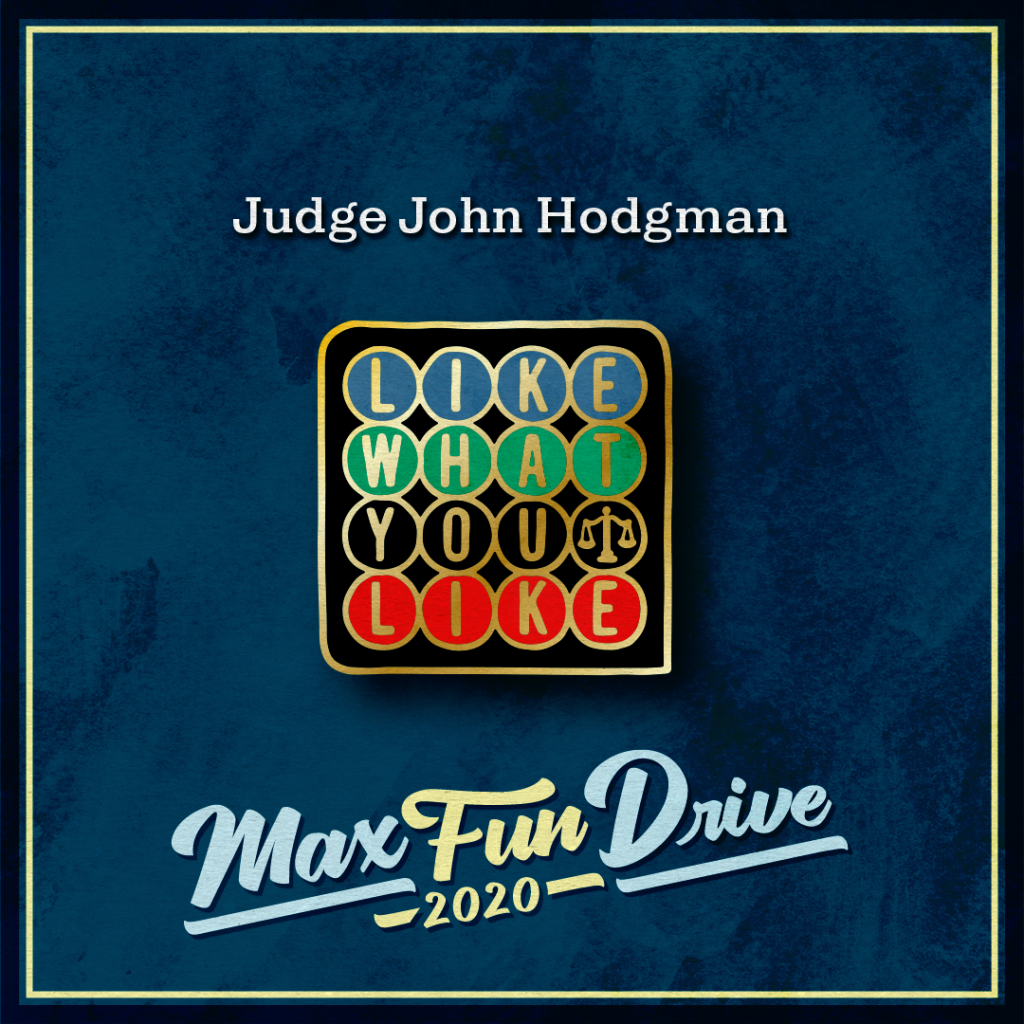 Judge John Hodgman. A black background with a series of colorful circles in four rows, with each circle containing a letter. The top row is blue, the second is green, the third is black, and the fourth is red. The letters spell out “LIKE WHAT YOU LIKE”. The final circle in the third row, instead of containing a letter, contains a small gold scale.