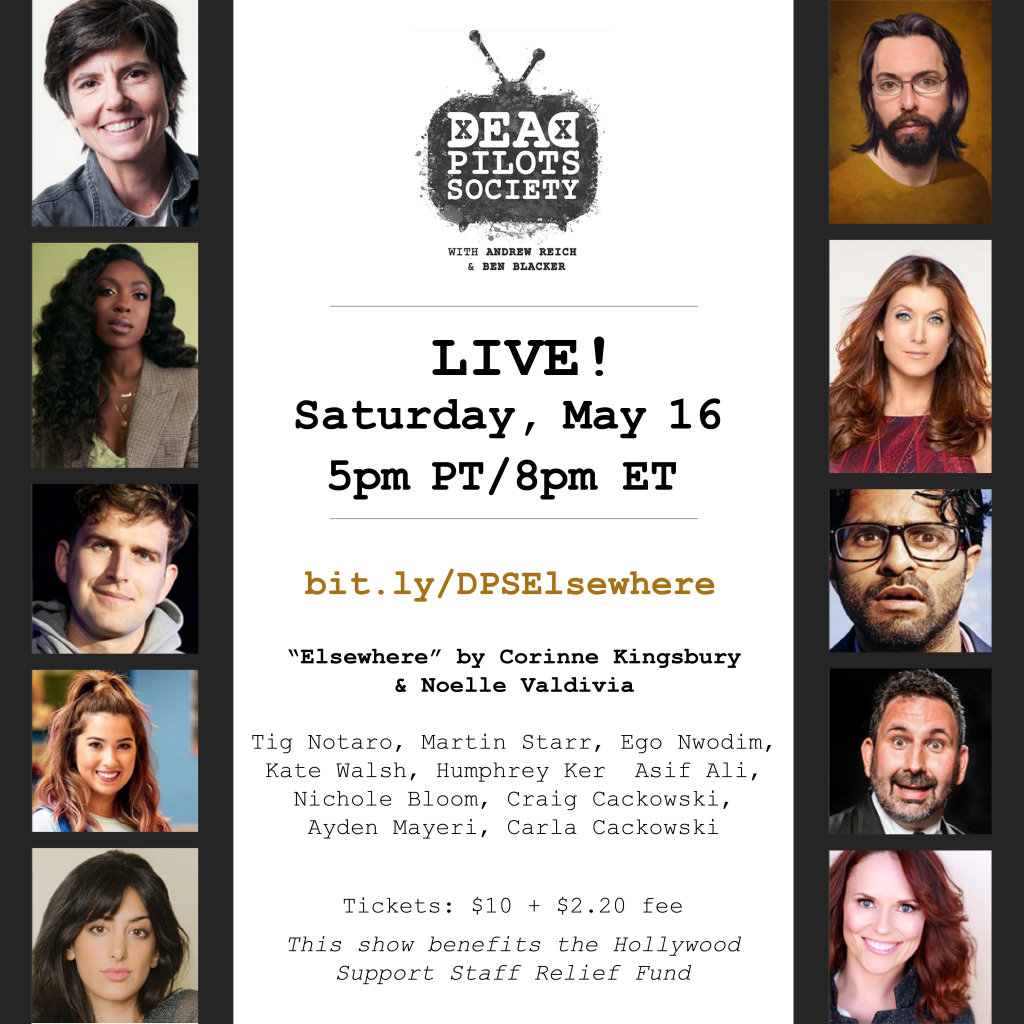 In Dead Pilots Society, scripts that were developed by studios and networks but were never produced are given the table reads they deserve.

Buy a ticket
Have a ticket? See the show here.

The entertainment organizations #PayUpHollywood, Scriptnotes Podcast and YEA! have teamed up with The Actors Fund to create the Hollywood Support Staff Relief Fund, aimed to assist LA-based support staffers affected by the COVID-19 shut downs.