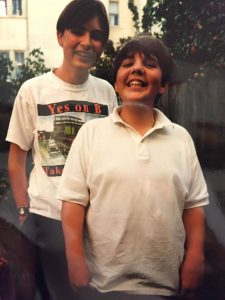 In remembrance of Evan Larsen

This is a picture of my friend Evan Larsen and me in my mother’s backyard. It’s 1995 or so. By that time, we’d been friends for over a decade. Friends since preschool, in a converted residential garage called Kidsplay near Glen Park in San Francisco. Evan was the kind of guy who lit up everyone’s life. He was a brilliant artist and a reliable source of smiles and good humor. That was true when we were very young, it was true when we were students at School of the Arts, it was true when he was a man. He never lost his sense of play, of anarchy, of the creative possibilities of life.

Evan died this month of an overdose. It was a shock to all of us who loved him, including his family. It feels cruel and unfair, because it is cruel and unfair. The tragedy has also unlocked stories about our friend. So many people have come forward to talk and write about the joy Evan brought them. Many folks gathered at Dolores Park to remember him, many have written or called his parents. Even folks who knew him only by his tag (Spesh) were touched by his work. This communion has been a reminder that Evan left the world better than he found it.

Another friend of many years, Jonah Copi, talked to me about doing something in Evan’s memory. We hoped he could continue to bring light to people’s lives even after his passing. So: with the blessing of Evan’s parents Elizabeth and Tom, we’re raising a bit of money.

The Homeless Youth Alliance (www.homelessyouthalliance.org) serves young people on the streets in San Francisco. They meet them where they are, providing counseling, mental health care, addiction treatment and other services to help them live long, healthy, happy lives. Their reputation is impeccable, and I hope that in Evan’s memory, we can give a few young people the long lives Evan wasn’t able to have.

I’m starting things off with a five thousand dollar donation in Evan’s name. I hope you will join me, whether you were close with Evan or are only hearing about him for the first time now. Five or ten or twenty dollars will go directly toward helping a young person have a full and fulfilling life. Eight bucks gets a kid legal ID, thirty five buys twenty five pairs of socks, five hundred is a month of medical supplies. And your gift will also honor the memory of a friend we loved and lost.

Just make a donation here, and indicate “Evan’s Fund” in the dedication. If you’d like to donate by check or use company matching funds, you can find out how to do so here. And thank you. 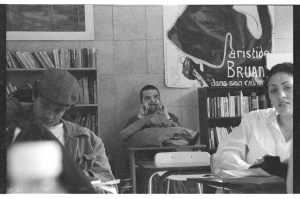 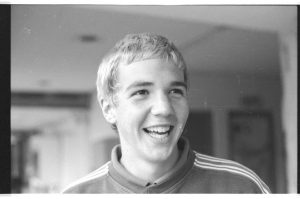 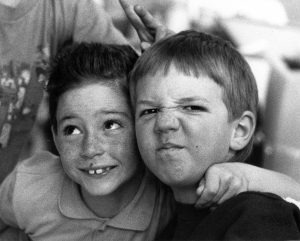 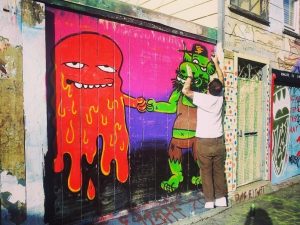 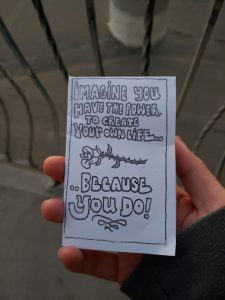 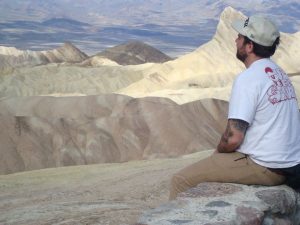