How do animals sense magnetic fields? Why was the first Trolley Problem written? And who was Hitchbot?

Images we talk about:

We also learn about: the first compasses, captain McDonalds, “epistemologically unacceptable”, magnetic bacteria, magnetic dip, pooping north, the table of good boys, let’s do a study, it’s more intersting that dogs Sometimes poop north, alignment during excretion, I’d rather study dogs than leopards, we don’t know how animals sense magnetism, the beaks of birds the brains of seaturtles the tummies of honeybes and the nasal passages of rainbowtrouts, four years from landing on the moon and we haven’t put a magnet on a bird yet, quantumn eyeballs, the European Robin is famously racist, Phillipa Foot, putting hypotheticals to the test, mice actors, hypotheticals don’t predict real behavior, Foot’s paper was about abortion, you know the hippocratic oath is pretty cool actually, do no harm is not in the oath, the self driving trolley problem, dogs vs cats, ethics boards on hypotheticals, the real car trolley problem is more nuanced, a robot with a thumb, Ella beats Tom to the joke, can robots trust humans, hitchbot meets santa, hitchbot loves Ten Bundy, have you seen this robot? how do we feel when a robot dies, so thoughtful of review corner to be at the end, and… some exciting news???

Britannica on the Trolley Problem

Medical Ethics and the Trolley Problem

The Vessel on hitchBOT

Innovation Heroes Podcast: The Hitchhiking Robot’s Guide to the Universe

McMaster University hitchBOT in the Netherlands

Smith and Zeller the death and lives of hitchBOT

Fraser et al How do we feel when a robot dies?hitchBOT’s destruction

Liked 22: Magnetic Mysteries, The Real Trolley Problem, and Hitchbot? Listen to these next... 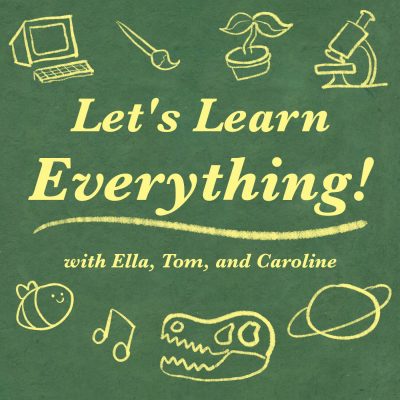 21: Paleontologist Evelyn Vollmer, Figuring out the Age of the Earth, and What Defines a Dinosaur

Test Ep 2: Bugs on Drugs, How Much Pi do we Need, and the Blackest Black