Elliot brings the case against his girlfriend, Rachel. Their recycling bin has been stolen from the curb repeatedly, and they want to figure out who’s responsible. Elliot thinks they should try to catch the thief while it’s happening, Rachel thinks they should sit back and wait for the perp to present him or herself. Who’s right? Who’s wrong?

“The first few give a sense of the size of the bin and placement on recycling day.” 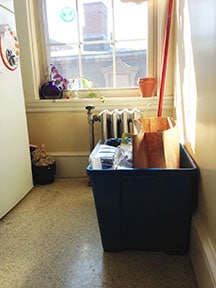 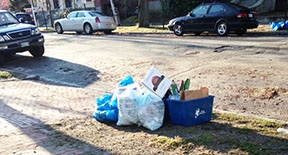 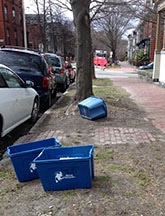 “The fourth photo is the view from which I would place the camera, in our friends’ apartment.”

“The fifth photo is of another person’s bin we noticed while walking near our house. It speaks to the culture of bin theft in the city.” 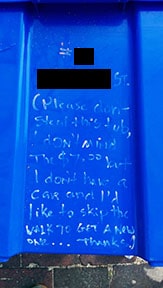 “Our bin the week after it was stolen recently. We found it on the day of our recycling pickup, and it had items that we would NOT have put in it, e.g. tofurkey and chicken-flavored boxed stuffing.” 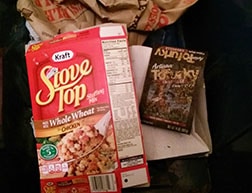 “The last photo is an affidavit from the friends from whose window I would stage my surveillance.” 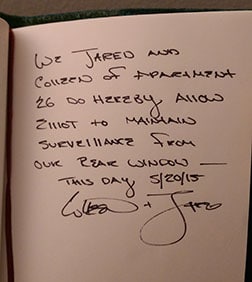