Pablo brings the case against his wife, Diana. They allow their two-year-old daughter Mati to help out in the kitchen by mixing, pouring and preparing food — but they can’t agree on how much responsibility is TOO much.

If you want to join our conversation about this episode, please click on the Forum link below!

Thanks to Kiesha Jenkins-Duffy for suggesting this week’s case name! To suggest a title for a future episode, like us on Facebook at Judge John Hodgman! We regularly put a call for submissions. 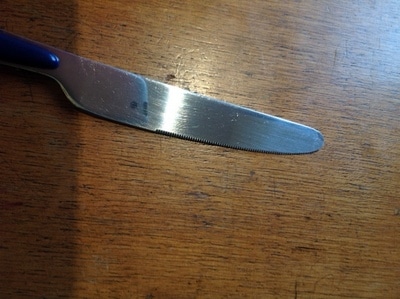 Text of the poems Chris composed for his coffeehouse performance

The Right to Remain Silent

Silence is who I love

The Judgment Not Wanted

Two litigants sitting on a bench of wood

A favorable judgment not to be had by both

Nervous to be sworn is as we stood

Make my case as best I could

Would the judgment be fair?

I surely thought I had the better claim

Would the judge see where

On this day my arguments were just not there

The prosecution a mighty case before the judge lay

The case against me laid out in white & black

Oh I was not to win the case this day

Knowing a judgment against me was on the way

I doubted if I should ever come back

I shall be telling this with a sigh

Two litigants sitting on a bench of wood, and I –

I lost the case and was sentenced by,

Judge John Hodgman who hoped to make a difference