Sports! Paul brings the case against his friend Jeremy. Paul loves to wear his favorite baseball team’s gear to games, even when that team isn’t playing the game. Jeremy says that this practice is in bad taste. Who’s right?

Special thanks to listener Ranjit Bhatnagar, Jason Richards and Jesse Lansner who all sent in the suggestion for this week’s title!

Jeremy mocks me for attending a Cincinnati Reds vs. Los Angeles Dodgers game in “Phul Phillies garb” while he is wearing a hipsterish Brooklyn Dodgers hat. Jeremy is a Boston sports fan and has no affinity for the Dodgers. (That’s our friend Shea in Yankees gear. No need to worry about him.) 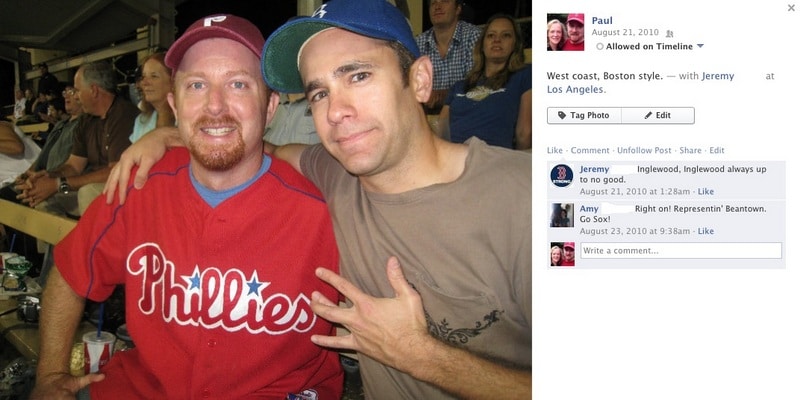 A better look at Jeremy’s hipsterish Brooklyn Dodgers hat. Note that our mutual friend Amy says that he is “Representin’ Beantown.” He is NOT representing Beantown. Also, what is he doing with his hand?) 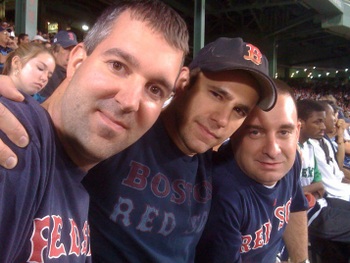 Jeremy and friends at a Red Sox game.