This week: Occam’s Frasier. Emily files suit against her friend Aaron. Emily and Aaron are regulars at a bar which they affectionately refer to as their “Cheers.” Recently they tried to decide which Cheers characters they are. Emily wants to be Martin Crane. Aaron believes that Emily cannot be Martin Crane because he is strictly a Frasier character. Emily disagrees and asks the court to rule that Martin Crane exists in the world of Cheers.

Thank you to Yipee Kiyay for naming this week’s case! To suggest a title for a future episode, follow Judge John Hodgman on Facebook. We regularly put out a call for submissions.

Liked Episode 441: Occam’s Frasier? Listen to these next... 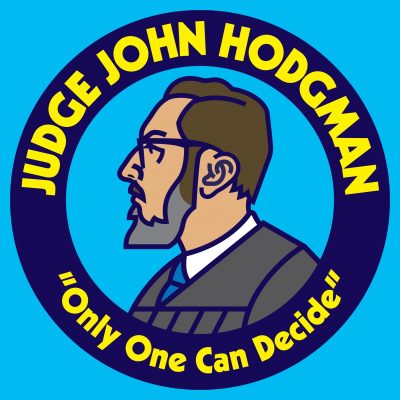 RERUN: The Egg, The Nog, and The Holy Sprite