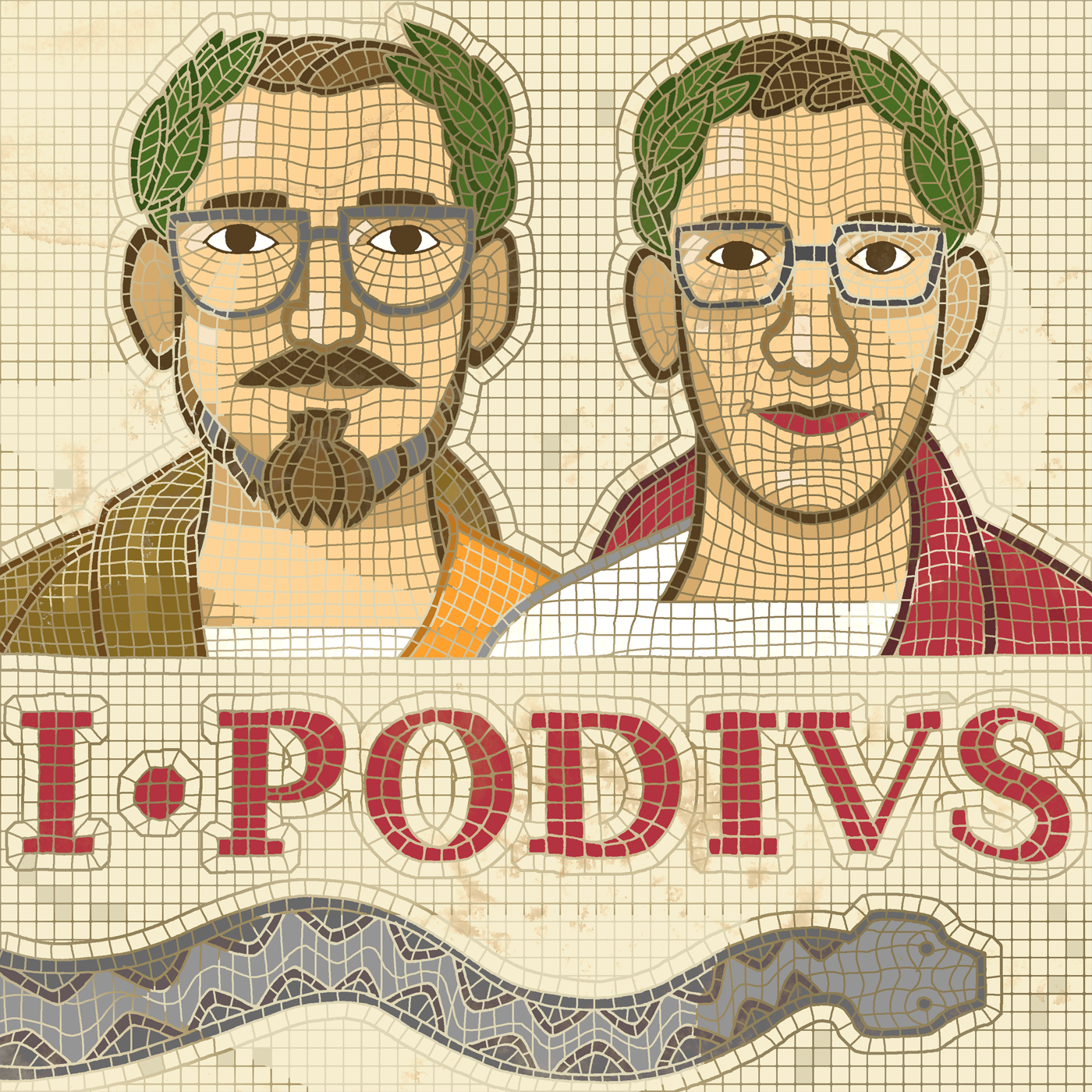 During the 2019 MaxFunDrive, a MaxFunster posted on Twitter (where all good ideas originate), asking: “@ElliottKalan Please please please think about doing a limited I, Claudius podcast, maybe with @hodgman.” And because the MaxFunDrive is a magical time where anything happen, John and Elliott said they’d make it if the community hit the MaxFunDrive goal of 25,000 new and upgrading monthly members. And that’s how I, Podius was born.

I, Podius is a new limited-run podcast series on Maximum Fun hosted by John Hodgman of the  Judge John Hodgman show and Elliott Kalan of The Flop House.  Initially, it was going to be a small special episode just for Max Fun monthly members, but as the idea grew and the hosts had fun with it, we decided to release it as a 12-episode series and give it to the public!

In each of the twelve I, Podius episodes, John and Elliott recap an episode the 1970s BBC miniseries I, Claudius, an adaptation of Robert Graves’ I, Claudius and Claudius the God. The miniseries features an obscenely talented ensemble cast, and retells the salacious history of the early Roman empire via flashback by an elderly Emperor Claudius. The story is salacious – chock full of sex, backstabbing and murder. Parental discretion advised.

John has watched the series several times over the years. Elliott is watching for the first time. Whether it’s your first or fifth time watching, you’ll have a great time following along at home each week as John and Elliott recap each episode. But that’s not all! I, Podius will also include behind the scenes tidbits, special guests and expert analysis. Plus, John and Elliott at their hilariously pedantic best!

If you’re following along at home, and we suggest you do, the long list of characters can get quite confusing as each player on the chess board seems to be named Tiberius Germanicus Aeriluis. So we came up with a little cheat sheet to help you keep track along the way. 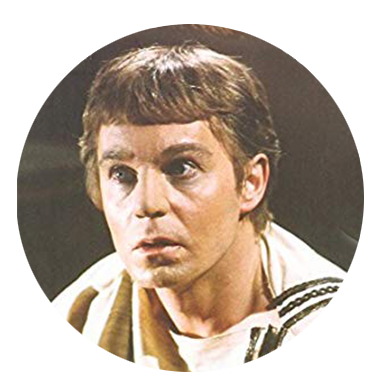 (As played by Derek Jacobi)

Born Tiberius Claudius Caesar Augustus Germanicus. Emperor of Rome from AD 41 to 54. Leader of the “Claud Squad.” Ostracized because of his stammer and limp, the underestimated Claudius spends most of his life flying under the radar of his murderous grandmother Livia and insane nephew Caligula. 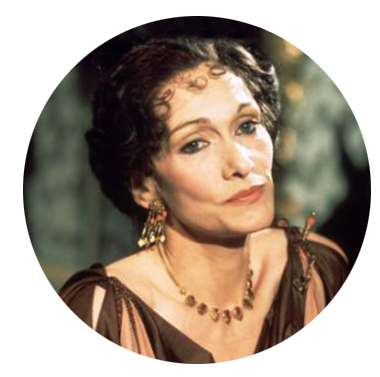 (As played by Siân Phillips)

Grandmother to Claudius. Wife of Emperor Augustus. Cunning. Conniving. Usually the smartest person in the room. Wants to be a Goddess. Willing to poison an entire bloodline to get there. 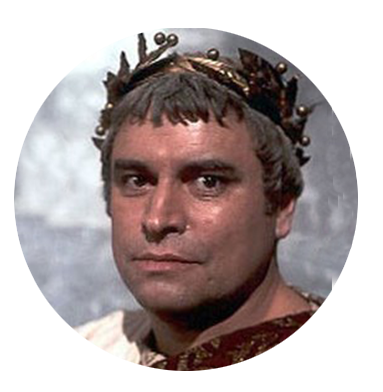 (As played by the great Brian Blessed)

Jovial Emperor of Rome from 27 BC until his death in AD 14. Husband to Livia. Stepfather to Tiberius. Can be pretty clueless. Pretty nice guy until you mess with his eagles. Enjoys a good melon. 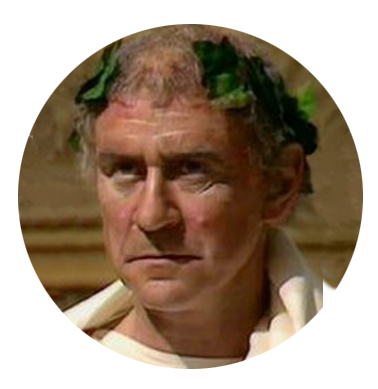 (As played by George Baker)

Emperor of Rome from 14 AD to 37 AD. Son of Livia. Stepson of Emperor Augustus. Has mommy issues. Also, has daddy issues. Would prefer to be left alone. Same, Tiberius, same.

(As played by the late great John Hurt) 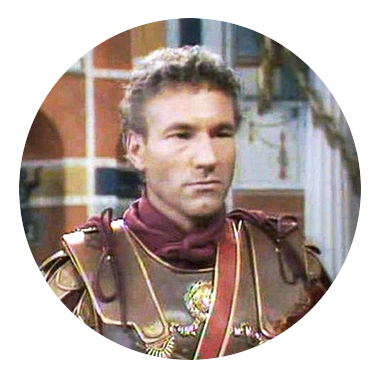 (As played by Sir Patrick Stewart)

Soldier and imperial bodyguard to Emperor Tiberius. Cunning and ambitious to a fault. The guy Livilla tells Castor not to worry about although he looks like a 1970s Patrick Stewart. Dumb hot. 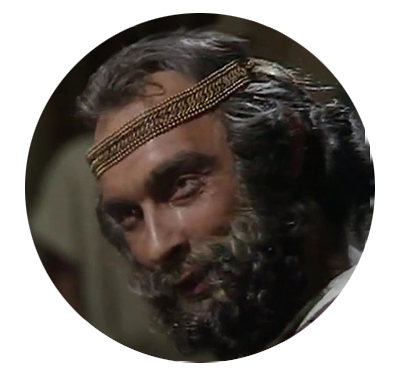 (As played by James Faulkner)

OG member of the Claud Squad. King of Judea from 41 to 44 AD. Coined the phrase, “Clever Claw-Claw!” Responsible for the downfall of the reign of Emperor Claudius. Still, an absolute smoke show. 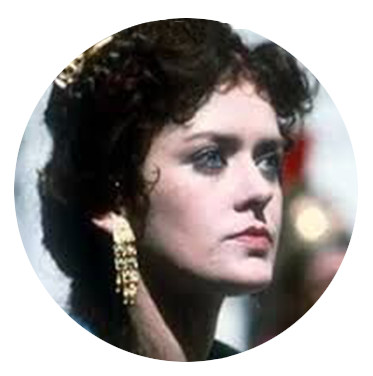 (As played by Patricia Quinn)

Sister to Claudius. Conspires with Livia to frame her lover Postumus. Spends years locked in her room kind of like that Brie Larson movie.

(As played by John Castle)

Son of Julia. True friend of Claudius. Livilla’s lover, much to the chagrin of Livia. Banished to an island by Emperor Augustus.

(As played by Stratford Johns and Irene Hamilton)

Married couple accused of treason and murder by The Claud Squad and Senate. Stars of the Piso and Plancina Show coming this fall to CBS!