Janet Varney is an Emmy-Nominated actor, comedian, writer, and producer. She most recently starred as the horrible Becca on FXX’s “You’re the Worst,” and she created, wrote and stars in the IFC series “Fortune Rookie.” JV can also be heard as the sarcastic AI “Sorry” on the sci-fi comedy podcast “Voyage to the Stars” with Colton Dunn, Felicia Day, Kirsten Vangsness, and Steve Berg.

She fought dark forces opposite John C. McGinley on three seasons of IFC’s “Stan Against Evil” and starred in seasons one and three of “Burning Love.” In the animation world, she was lucky enough to be the award-winning voice of Korra on Nickelodeon’s critically-acclaimed standout hit “The Legend of Korra.”

In addition to numerous guest roles in television and film (both in character and as herself), Janet co-created, co-wrote and co- produced “Neil’s Puppet Dreams,” a series featuring Neil Patrick Harris and his puppet-filled dreams, and can be seen on Geek & Sundry’s “Escape!” which she hosted and produced. She is co-founder and co-director of SF Sketchfest, The San Francisco Comedy Festival, now in its 19th year. 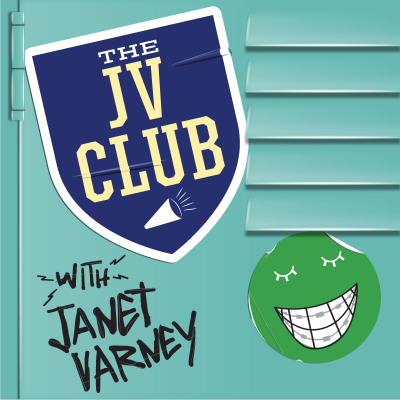 The JV Club with Janet Varney